Garry runs out of puff 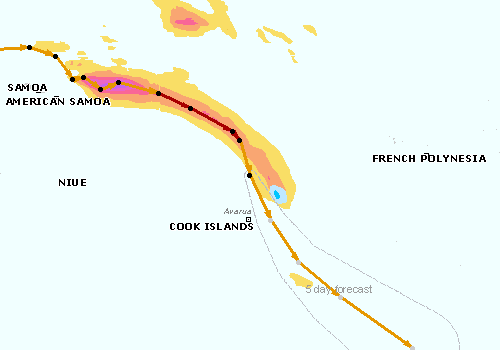 Tropical Cyclone Garry has run out of steam north of the island of Aitutaki in the Cook Islands.

The cloud band normally surrounding a tropical cycone has been lost and the characteristic of an eye is no longer present.

“The whole system has changed to be disorganised in the last 12 hours and the current status of the winds close to the centre has been reduced from storm just to gale force winds,”a spokeperson said from the Cook Islands Meteorological Service

A storm warning has been cancelled, replaced by a gale warning.

Iif Garry continues to weaken as its current rate it will not pose a threat to Aitutaki and islands east of the Southern Cook Islands.

However storm surges could still affect the Southern Cook Islands at high tide.