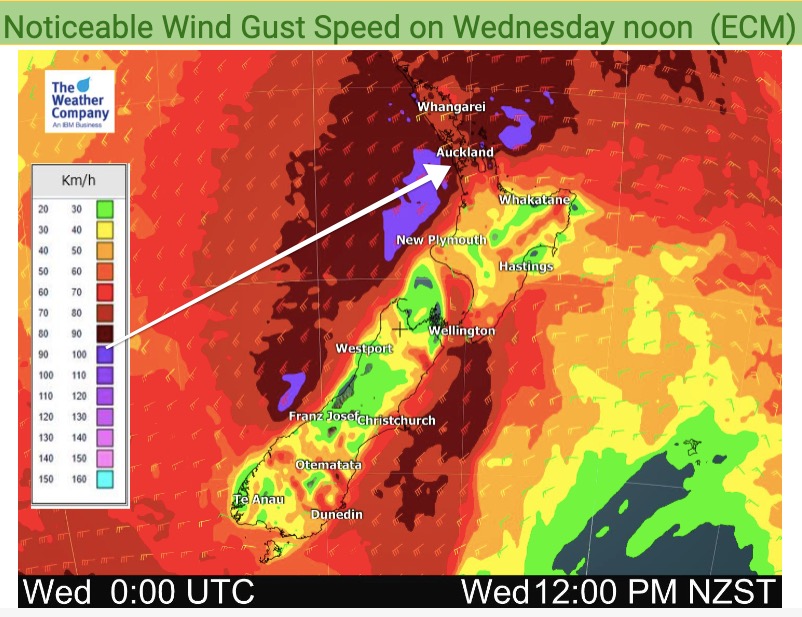 The western upper North Island is in for a windy Wednesday with potentially damaging storm surge spreading up the west coast across the day.

Winds will ramp up during daylight hours with gales in coastal areas gusting over 100km/h in some exposed areas. This increases the risks of trees and branches down and therefore power outages possible.

On top of the surge of westerly wind, a significant coastal storm surge will spread up the western side with wave heights expected to reach 9 metres, maybe higher.

Most exposed looks to be from about Raglan to Port Waikato to Auckland, then spreading further up into Northland’s western side.

“These are exceptionally large waves and people should avoid being too near the water” says head forecaster Philip Duncan. “It’s also another example of why Manukau Harbour is such a dangerous harbour entrance, with the possibility of 8 metre waves around the Manukau Heads on Wednesday PM”.

Winds and dangerous seas will ease slowly across Thursday and Friday.