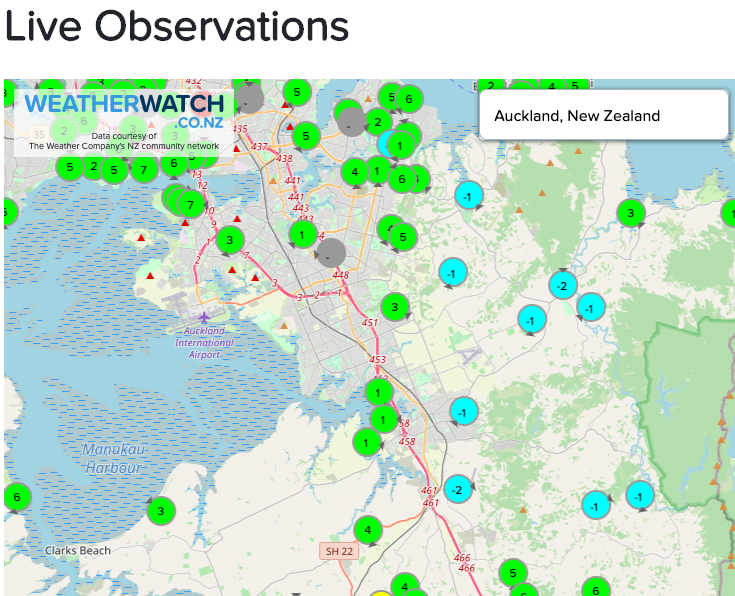 It’s a very cold morning right across New Zealand, the coldest so far of 2020 nationwide as temperatures drop below zero in Auckland and well into the negatives through Southland, Otago and Canterbury.

Temperatures may drop a little further between 7am and 8am in some areas, before the sun properly rises.

As of 7am it was -7C near Lake Hawea, -8C at Springvale near Alexandra and -7C in Ida Valley.

-4C at Dunedin Airport and -4C in Lumsden, Southand.

-6C at Omarama and across Canterbury -2C and -3C inland.

The West Coast is hovering near freezing and just a little further inland it’s -4C to -6C.

In the North Island Foxton is -2C and parts of Palmerston North -1C.

It’s -1C across many parts of Waikato and the Hauraki Plains and -2C at Tamahere. Matamata and Tokoroa are on -3C and -4C outside of Rotorua towards Taupo.

As WeatherWatch.co.nz forecast yesterday, Auckland has a frost too with below zero temperatures. It’s -2C as of 7am in Drury, -1C in Clevedon, -1C at Riverhead and just +1C at Matakana.

Parts of Whangarei and Bay of Islands are just +2C, which is getting into frost territory – or just ice on the cars.

And in the Far North, Pukenui has +12C this morning, NZ’s hotspot!