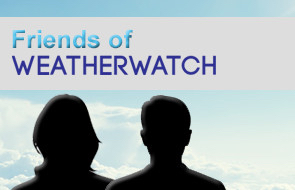 It was the early 1990’s when Weather Ambassador Bob McDavitt first received a phone call out of the blue from ‘some kid’ in Te Aroha, Eastern Waikato,  That student was Philip Duncan calling the famous Bob McDavitt to ask for…I think MetService stickers if I’m truly honest.  That was the opening conversation – but really Bob’s knack for great one liners and explaining the weather in simple easy to understand terms was the real reason I made contact with him.

I wanted to learn from Bob about his job, about meteorology, about MetService, NIWA and the world of weather.

He inspired me an enormous deal – as he was the one who laughed with reporters, he could bridge the gap between confusing science and every day language and everyone in New Zealand knew him, understood him.  He has a way with words which sticks with you – and in the world of weather that is critical. He also cares a great deal about people – and those who are passionate about the weather.

Bob McDavitt and his fluffy white hair and bushy beard became a NZ icon and still is today – even if he does think he’s retired (he still produces weekly sailing forecasts!). And like a president stays as “Mr President” once retired – Bob to us will always be NZ’s Mr Weather Ambassador.

Bob loves the weather and he supports those who share his passion.    We hope you enjoy our interview with him – we think he’s a pretty special New Zealander! 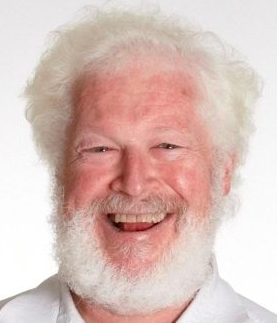 1) Where were you born and what do you remember of the climate there growing up?
Marton– you’ll find in at the back of Bulls. Many things are found at the back of Bulls.  I started school in Wellington and, yep, it was windy but somehow I thought that was normal.  Then came the time when I was reading an encyclopedia about the Beaufort scale describing storm force around 50 knots as something that produces wide spread damage. This description didn’t seem to gel with the windy day that we were having outside so it was an eye-opener to me that Wellington’s weather is an acquired taste.  During the Wahine storm there WAS wide spread damage in Wellington, including our chimney.

2) You’re hugely into providing sailing forecasts – what is it about marine/yachting that interests you so much?
Veteran of two America’s Cup campaigns . Also a weather forecast for a cruising sailor involves planning a departure date, then working out way-points to smooth the trip and watching that the weather changes as intended and providing quick response to update requests. The reward is a successful voyage. The attraction is that I get to go, virtually, on lots of voyages from the comfort of home.

3) In your role as MetService Weather Ambassador (great title by the way) what do you think your biggest accomplishment was?
Part of a team that got the “Feels like” temperatures into the weather observations. Also the phrase ” choppy when wind opposes the tide ” that is added when appropriate to the Auckland Marine forecast.

4) What’s the most unusual weather event you can remember in New Zealand?
109mm in an hour at Leigh on 30 May 2001 see http://www.aucklandcouncil.govt.nz/EN/environmentwaste/naturalhazardsemergencies/hazards/Pages/floodhazardsinauckland.aspx  Less than a million in damage because it was just one spot. It was interesting because it came from just one cloud in a warm front in the middle of the night and near the end of autumn. This was a NZ record for about a decade but has since been exceeded by Cropp River rain gauge between Hokitika and Mount Cook. Then we had the Manawatu floods in February 2004 –in hindsight we discovered that event may have been linked to a stratospheric intrusion a few months before– mightily irregular . Insurance payout $130million. Maybe the Whanganui 2015 flood will beat this?

5) What’s the most stressful part of being a weather forecaster?
Getting to know what’s happening now and its pace of change. This is the first step and the hardest. The more change on the horizon the harder and more stressful this step involves. Weather watchers can never really take a few days off, as it takes around a day to get back into the rhythm.

6) What’s the most memorable storm you were involved in?
BOLA . I was one of the lead forecasters during that beast, and it remained affecting the North Island for more than one shift cycle. I think it was the first time we allowed a news camera to interview forecasters in the forecast room. It was the first time I dropped the “ex tropical cyclone” or ” Cyclone of tropical origin” preamble and , in the forecasts, simply called it Cyclone BOLA .

7) You have always been famous for the big white hair and beard – be honest, were you ever going for the ‘cumulo-nimbus’ look?
Something like that . see attached photo , 1996 –> 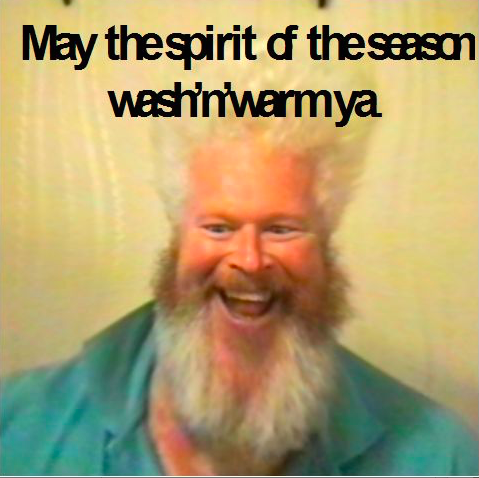 8) What’s one area forecasters around the world could improve in?
Research.. but it takes time and money. One feature that may offer promise is “analogous forecasting”– using the evolution of similar weather patterns in the past to what is happening now so that we can compare outcomes. The Low that dumped rain on Whanganui last week looked like many others we had in the past that didn’t bring so much rain, so why the difference? Another question: are the HIGHS getting Higher?

9) Now that you’re retired, what does Bob McDavitt get up to most weeks?
I’m in cruise mode — issuing voyage forecast for cruising sailors– can be a busy job at certain times of the year.

Bob was my landlord many years ago and as part of the flat he provided a weather station. I have since become an educated weather nut. Truly a passionate and generous gentleman, many thank, the frosty nerd (Des Morgan)

That interview put a huge smile on my face. Awesome friend indeed!