Friday’s weather headlines (x3): Inland is the place to be, Few showers in the north, Warmest Autumn day nears 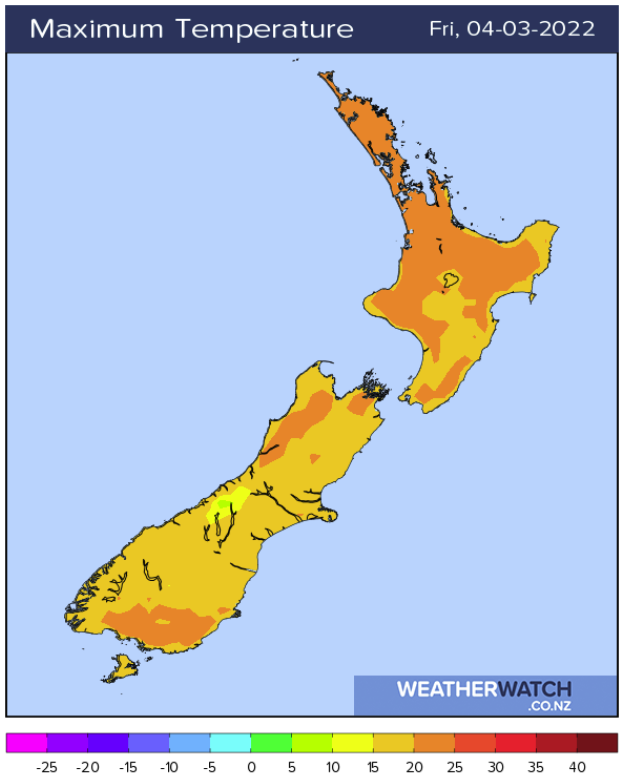 INLAND IS THE PLACE TO BE

With light winds and warm temperatures inland areas will be the place to be today, inland Southland up through to the Mackenzie Country, the Amuri Basin, Reefton, the Nelson Lakes area then most inland North Island spots too. In all honesty coastal spots fair pretty good too, it’s just inland is a touch warmer, the warmest spot of all will probably be somewhere in the Waikato getting to 26 degrees.

THE ONLY SHOWERS ARE IN THE NORTH

The only showers today will be about Coromandel through to eastern Northland in an easterly airflow, it’s a pattern we have been fairly familiar with for New Zealand this summer, and on it goes.

A northerly airflow lies over the country on Sunday, eastern regions for the South Island will see temperatures lift into the late twenties, perhaps between 27 to 29 degrees in Canterbury for example. This will most likely be the warmest temperatures we’ll see for New Zealand in Autumn, then gradually and naturally it will get cooler as we head towards winter.