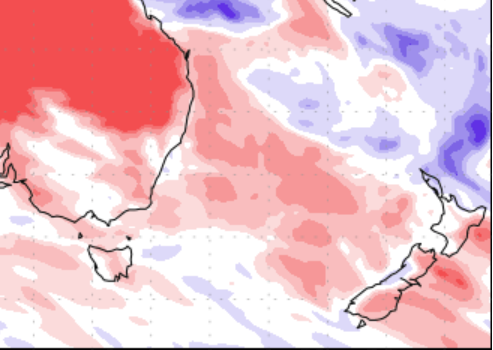 EASTER IS MAINLY SETTLED BUT IT’S NOT PERFECT

This is more or less a repeat of the last few days information, but a bit of an update if you will. Easter starts out nice and settled today, please check out today’s forecast for more exact details.

Saturday has a cold front push northwards over the South Island bringing some rain in the west and showers in the south, mainly dry for Canterbury but later in the day or overnight there could be a light shower or two. The North Island is mostly dry with sun but there could be a shower or two about coastal parts in the northeast (East Cape up through to Northland), more so from afternoon. Perhaps some morning fog for the North Island also, mainly about some inland parts then clearing.

Cloud for most of the North Island on Monday with showers for East Cape and also north of the Waikato with easterly winds. The Southwestern corner of the North Island sees some sun though (Taranaki to Wellington). The South Island has mostly sunny weather with any early cloud in the east clearing, South Westland has some cloud with northerly quarter winds.

For more details on your location this Easter please head to RuralWeather.co.nz and use the search function.

DRIER IN THE EAST COMING UP, NORTHLAND THE WETTEST PLACE NEXT 7 DAYS

The next 7 days for New Zealand is looking drier on average for eastern regions and we can expect average rainfall in the west. Some parts of the West Coast and Northland looks to have wetter than normal weather. The wet weather for Northland is the result of easterlies hanging around there from Sunday through till about Wednesday or Thursday next week.

Precipitation percentage of normal map below running through till Friday 22nd April 2022. Blue is wetter than normal in terms of rainfall expected for this time of year, red is drier than normal.

A tropical cyclone looks to be forming off the coast of Queensland near Cairns around the 19th April. At this stage modelling doesn’t indicate this storm to travel very far then it dissipates around the 24th April to the southeast not far from where it formed. Something we’ll keep an eye on.