Friday’s national forecast – Wet in the south, dry in the north 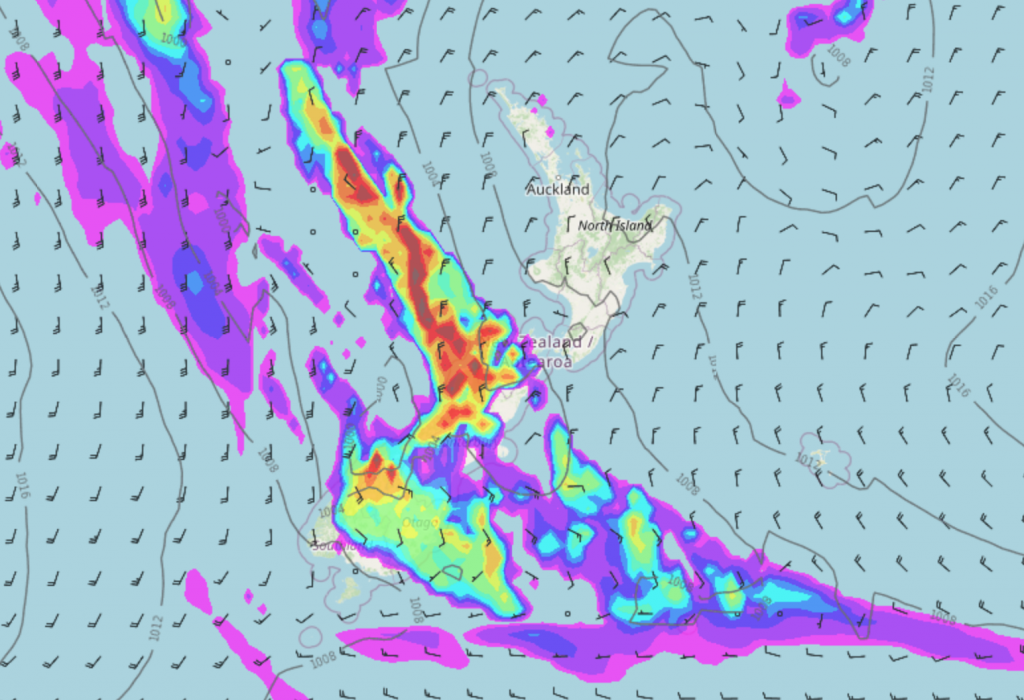 A series of front lies over the South Island today bringing rain with another bout of heavy falls due for the West Coast, the North Island is drier and higher pressure clings on for now.

Wellington
A mix of mid and high level cloud, some rain possible mainly later in the day or overnight. Breezy north to northwesterly winds.
Highs: 23-26