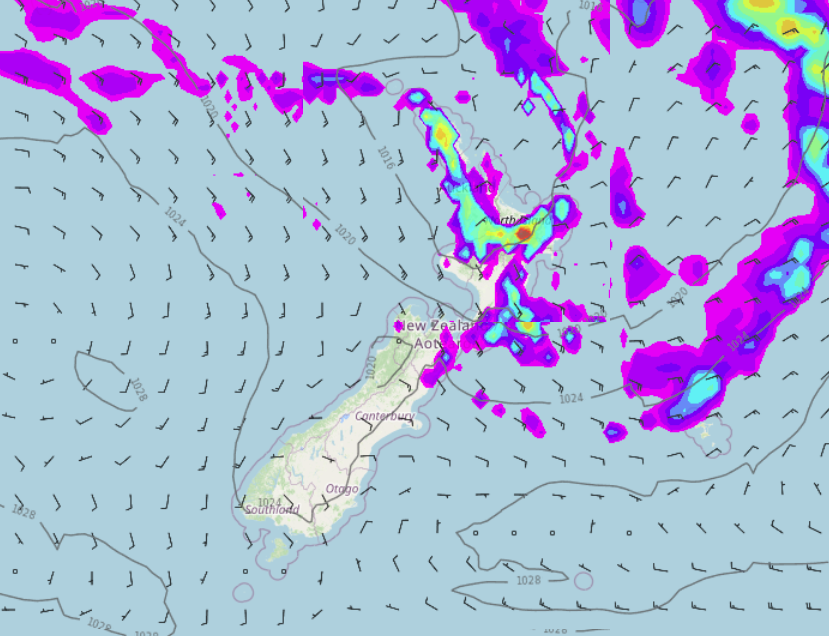 A weak but broad low brings potentially unstable conditions to the upper North Island this afternoon, rain or showers in the east. The South Island is mainly settled with high pressure, some cloud in the east though.

Northland, Auckland, Waikato & Bay Of Plenty
Morning sunny spells, isolated showers develop in the afternoon, some may become heavy with thunder then clearing later on. Light winds tend to the southerly quarter.
Highs: 19-22

Marlborough & Nelson
Cloudy for Marlborough with some patchy light rain or drizzle, southeasterly winds. Nelson is a bit cloudy too but sun may break through at times and temperatures are warmer, winds are light.
Highs: 15-20

Canterbury
Cloudy areas Banks Peninsula northwards, light rain or drizzle for northern parts of North Canterbury. South of Banks Peninsula starts out with some sun then cloud thickens up in the afternoon. A warm afternoon for the Mackenzie Basin. East to northeasterly winds.
Highs: 14-22