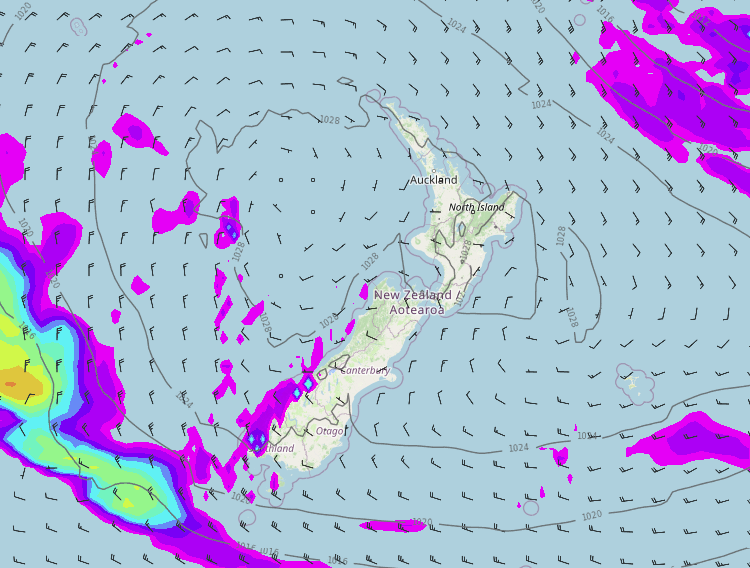 Yet another settled day for New Zealand thanks to high pressure, there are a few showers for the West Coast though especially Fiordland.

Eastern North Island
Mainly sunny with a touch of high cloud, north of Gisborne has some cloud that breaks away by evening. Light winds.
Highs: 15-17

West Coast
Some cloud, thickening from afternoon. There may be a shower along the coastal fringe, showers more likely for Fiordland turning to rain there overnight. Light winds.
Highs: 13-17

Southland & Otago
Mostly cloudy for Southland, Otago has some sun and high cloud. Morning spots of rain for Southland then clearing, overnight scattered rain for all. Northwesterly winds.
Highs: 14-16