Your Christmas Eve forecast – Lighter winds for most (+10 maps) 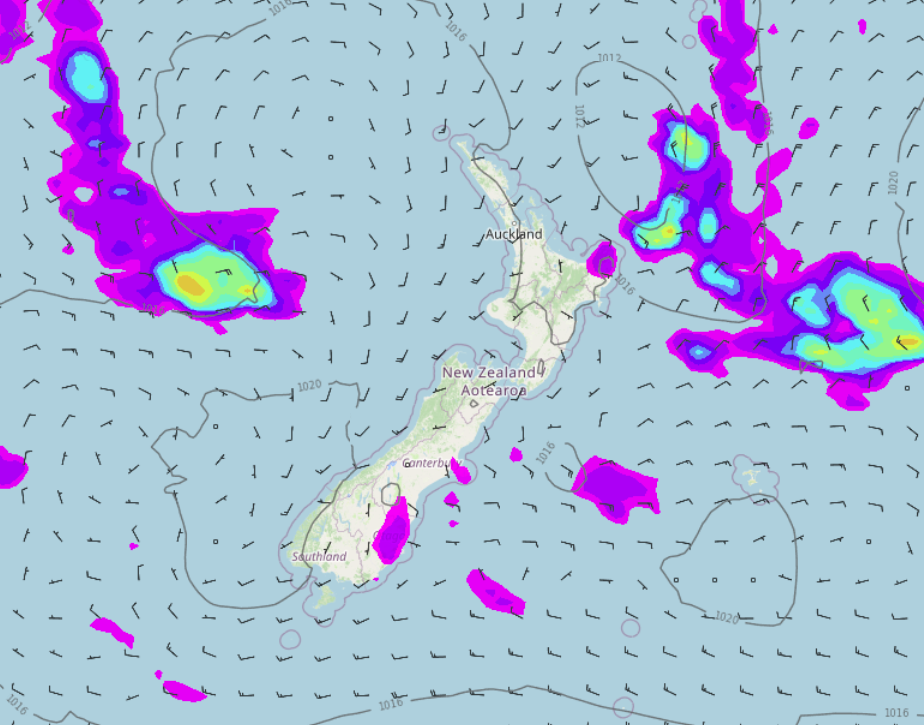 A slack pressure gradient lies across New Zealand today bringing light winds, expect a few showers about the far south and east of the South Island. It may be still a little breezy in some coastal locations but compared to previous days most regions are quieter.

Wellington
Mostly sunny with some high cloud, light winds tend to the south in the afternoon. Cloud thickens later in the day.
Highs: 20-25

Southland & Otago
A few light showers for Southland, clearing up in the afternoon and sun breaking through as westerlies tend southwest. Coastal Otago has a few showers, spreading inland during the afternoon with southeasterlies.
Highs: 15-19