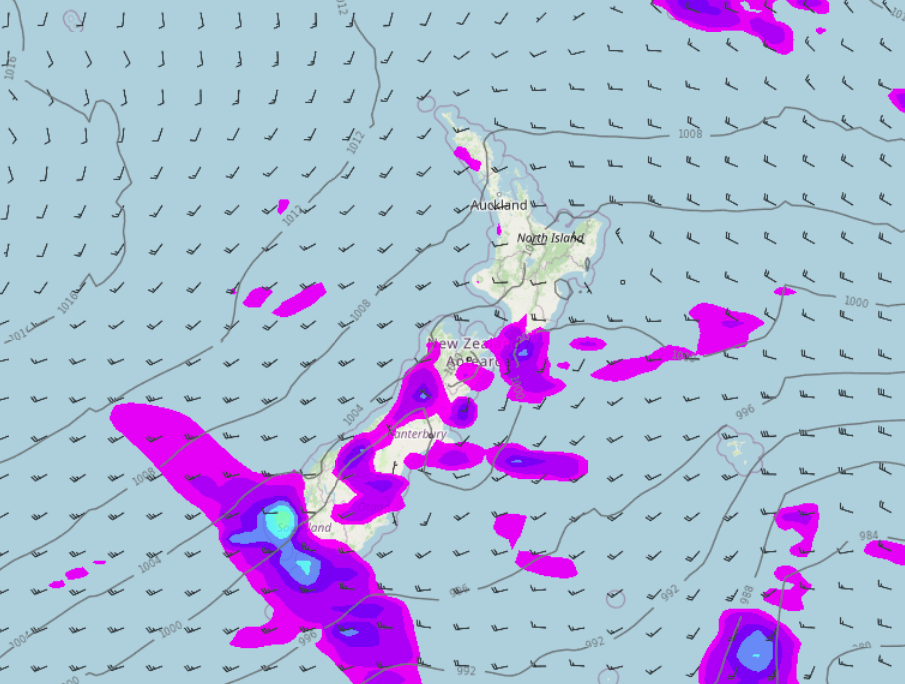 A southwesterly airflow lies over New Zealand today with a series of fronts pushing northwards during the day, showers for most regions although Hawkes Bay and Gisborne is mainly dry. Conditions may become unstable for parts of the South Island this afternoon and early evening.

Western North Island (including Central North Island)
Periods of cloud with the odd shower, west to northwesterly winds freshen up towards midday.
Highs: 17-20

Eastern North Island
Mostly sunny for Hawkes Bay and Gisborne, there may be some morning cloud that breaks away. Light winds tend to the east in the afternoon then southwest in the evening. Wairarapa is mainly dry in the morning then afternoon showers push through.
Highs: 22-26

Wellington
Mostly cloudy, risk of a shower, showers pick up in the afternoon as light winds change to the south. Showers clear at night.
Highs: 18-20

Canterbury
Showers develop in the morning then clearing later in the evening as southwesterlies die out. A few isolated heavy falls possible for South Canterbury late afternoon / evening with a rumble of thunder and small hail.
Highs: 14-17