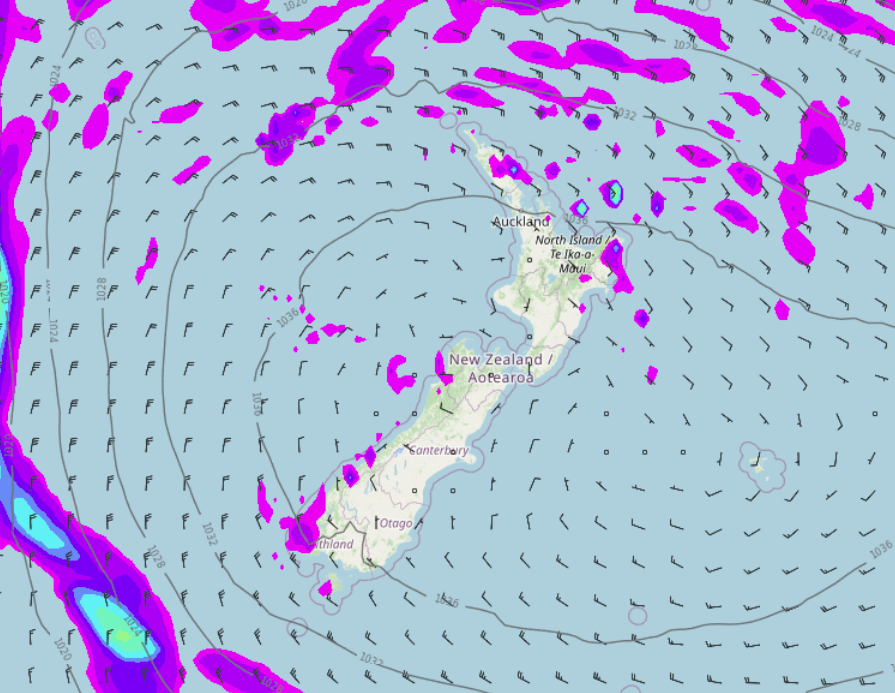 Northland, Auckland, Waikato & Bay Of Plenty
Mostly sunny, there may be some morning fog about inland areas (like the Waikato). Coromandel through to eastern Northland sees some cloud and the risk of a shower. Light winds.
Highs: 13-16

Western North Island (including Central North Island)
Mostly sunny, there may be some morning low cloud or fog then breaking away. Light winds.
Highs: 9-13

Eastern North Island
Morning cloud then mostly sunny. Gisborne may see cloud hang around much of the day however, perhaps a light shower or two also. Light winds.
Highs: 12-14

West Coast
Partly cloudy skies, skies about South Westland may be a little cloudier with the risk of a shower. Light winds.
Highs: 8-13