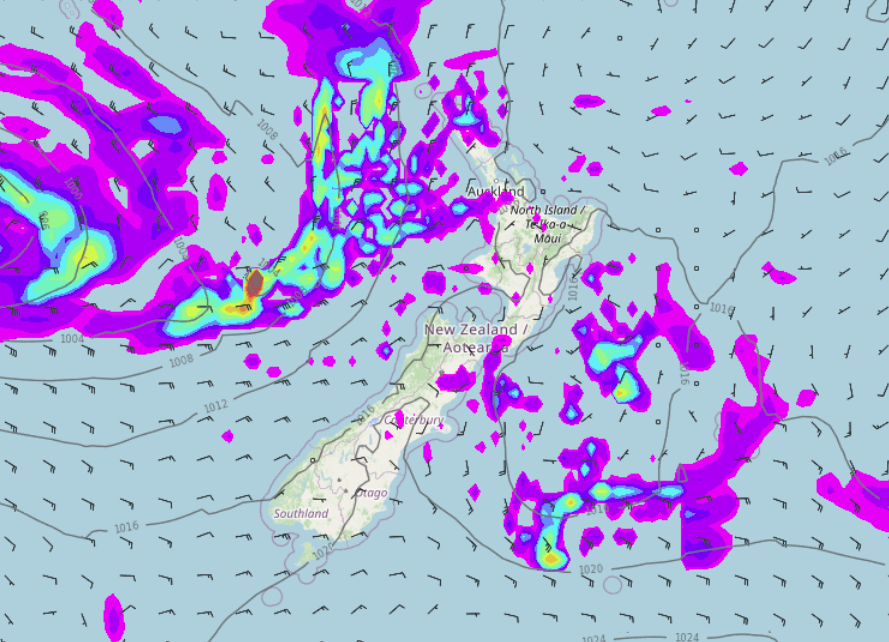 An easterly quarter airflow lies over the South Island today meanwhile there is a slack pressure gradient further north, this evening a front pushes into Northland from the Tasman Sea bringing rain with heavy falls.

Northland, Auckland, Waikato & Bay Of Plenty
A mix of sun and cloud, there may be an early shower. High cloud increases from afternoon. In the evening heavy rain spreads in to Northland from the west, reaching Auckland overnight. Northeasterly winds.
Highs: 15-18

Eastern North Island
Mostly sunny, high cloud starts to increase from afternoon. Wairarapa is a bit cloudier though with a shower or two and southwesterlies.
Highs: 14-15

Canterbury
Mostly cloudy with a few showers, mainly morning then starting to dry out into the afternoon. Snow flurries above 600m. The odd shower or drizzle patch may remain overnight north of Banks Peninsula along the coast. Light southwesterlies.
Highs: 7-9