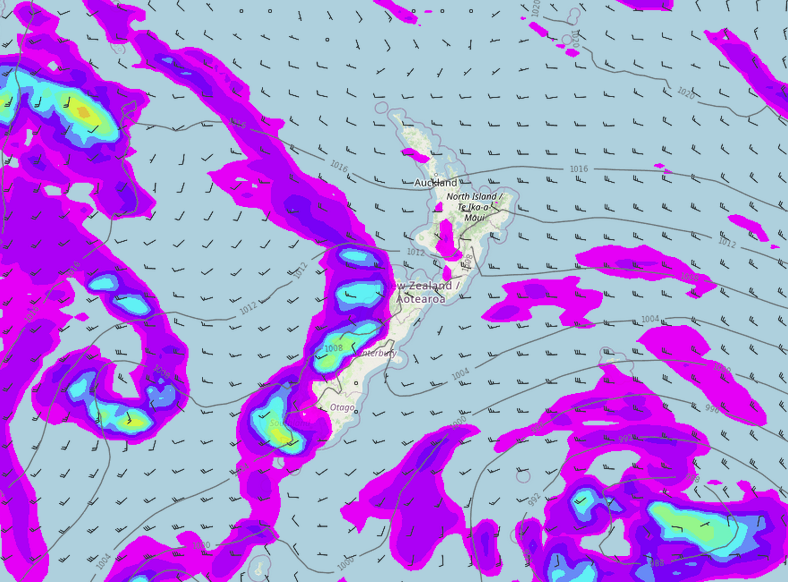 An occluded front pushes northwards over the South Island today, reaching the western North Island later this evening, mainly bringing showers or some rain in the west.

Wellington
A mix of sun and cloud, chance of a shower mainly in the north. Northwesterly winds.
Highs: 14

Canterbury
Morning cloud, there could be a spit or shower. Sunny areas increase from afternoon as light southwesterlies tend northwest. In the evening a few showers could move through south of Banks Peninsula along the coast.
Highs: 6-14

West Coast
Showers, rain for a time in the afternoon. Drying out in the evening north of Greymouth. West to southwesterly winds.
Highs: 7-13

Southland & Otago
Occasional spits or showers for Southland. Otago has partly cloudy skies, a period of showers in the afternoon, clearing evening. West to northwesterly winds, freshening in the afternoon about the coast.
Highs: 9-11