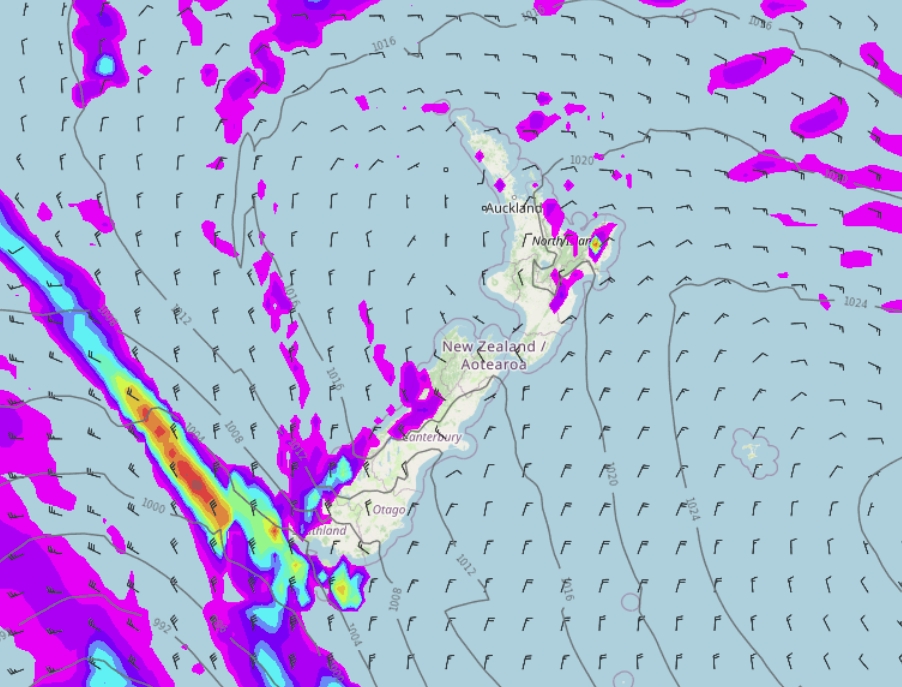 A warm northerly airflow lies over New Zealand today as a large high pressure system moves out to the east, later this evening or overnight a cold front moves onto the lower South Island bringing rain, heavy for Fiordland.

Northland, Auckland, Waikato & Bay Of Plenty
Any morning low cloud or fog clears then expect mostly sunny weather, cloud may move back in in the evening. Bay Of Plenty and Coromandel is a bit cloudier though with the odd light shower. Northeasterly winds, afternoon sea breezes in the west.
Highs: 23-26

Western North Island (including Central North Island)
Partly cloudy skies for most, Taranaki has cloudier skies in the morning with a shower or two then breaking to afternoon sunny areas. Northerlies tend northwest by midday.
Highs: 21-25

Marlborough & Nelson
Sunny and warm with north to northwesterly winds picking up in the afternoon.
Highs: 22-26

Southland & Otago
Sunny areas and some high cloud, north to northwesterly winds pick up in the afternoon. Overnight rain for Southland with a southwest change.
Highs: 24-27