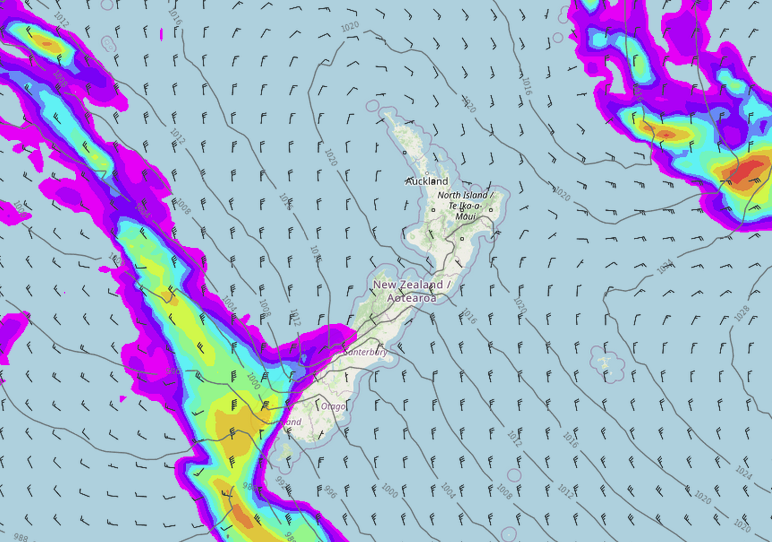 A northerly airflow strengthens over the South Island today meanwhile the North Island sits under some high pressure.

Marlborough & Nelson
A mostly sunny morning then high cloud increases from afternoon, overnight spits or showers for Nelson and the Sounds. North to northwesterly winds strengthen in the evening.
Highs: 14-17