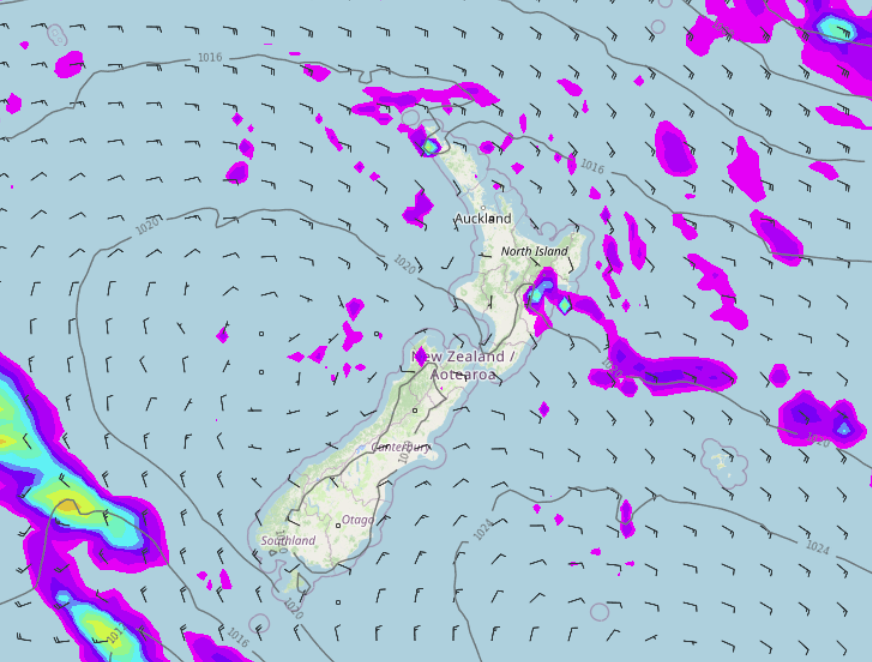 An anticyclone covers most of New Zealand again today bringing mainly settled weather, winds moving around this high come in as a southeast for the North Island so a few showers can be expected for Hawkes Bay and Gisborne, perhaps Northland too.

Eastern North Island
Any morning showers clear however Mahia Peninsula northwards the odd shower may hang about during the day. Cloud breaks to afternoon sunny spells, south to southeasterly winds die out later in the day.
Highs: 19-21

Canterbury
Morning low cloud (fog inland) then sunny spells break through by midday, cloud may thicken up again for inland areas mid to late afternoon before breaking away later on. Breezy east to northeasterly winds.
Highs: 18-24