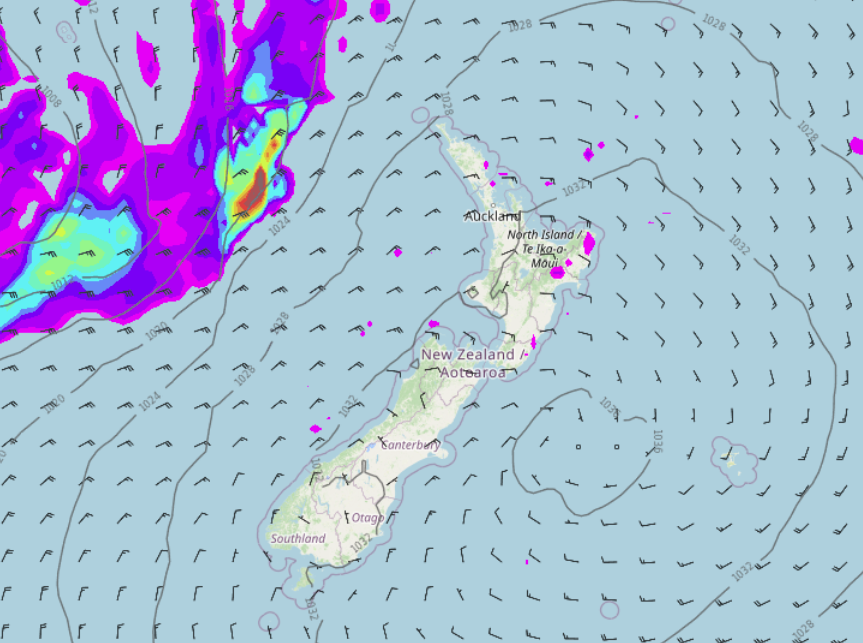 Conditions are mainly settled around New Zealand today thanks to a large high pressure system which is centred just out to the east.

Most regions are dry, we have a few showers for the eastern North Island through and one or two may move into Coromandel, Great Barrier Island and perhaps Auckland this afternoon.

East to northeasterly winds freshen this afternoon about Canterbury bringing a slight chill to the air.

Northland, Auckland, Waikato & Bay Of Plenty
High cloud thickens up about Northland and Auckland in the morning, a bit sunnier for Waikato and Bay Of Plenty but some high cloud starts to move in from afternoon. Chance of a shower for Coromandel, Great Barrier Island and Auckland from afternoon then elsewhere overnight. Easterly winds start to pick up towards midday, more so about Auckland.
Highs: 20-21

Canterbury
Any morning cloud clears then sunny, northeasterlies freshen in the afternoon becoming breezy about the coast.
Highs: 16-17

West Coast
Mostly sunny, there may be a touch of high cloud. Light winds.
Highs: 17-20