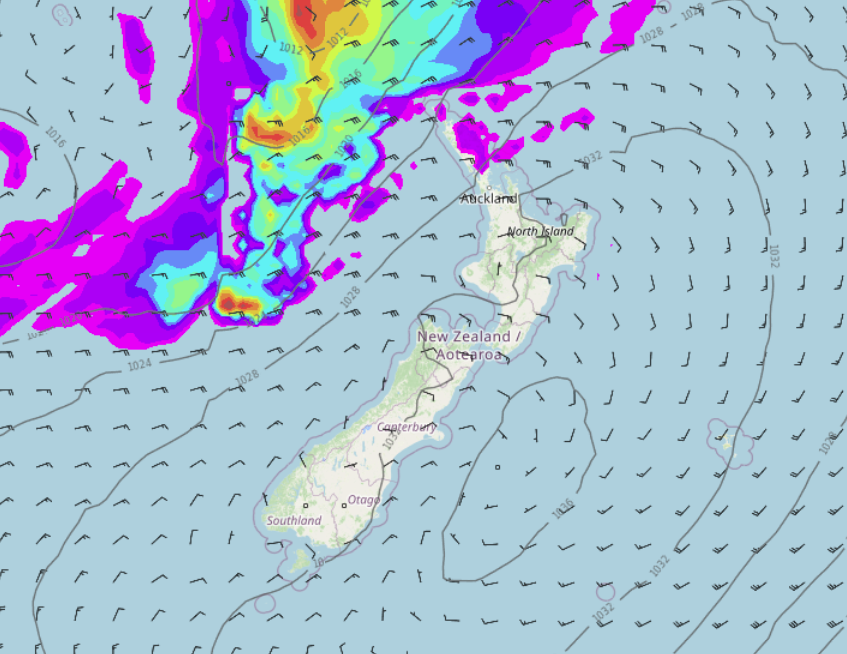 Northland, Auckland, Waikato & Bay Of Plenty
Morning mid level cloud then afternoon sun south of about Auckland, expect high cloud though. Auckland itself has a few morning showers then clearing away, perhaps some afternoon sun. Northland has a cloudy day with patchy showers, easing in the afternoon but a few still remaining the rest of the day. Breezy east to northeasterly winds.
Highs: 17-19

Western North Island (including Central North Island)
Sunny areas, some mid and high level cloud. Easterly quarter winds in the morning then winds tend onshore in the afternoon about some coastal parts.
Highs: 15-20

Canterbury
Morning low cloud or fog then afternoon sun but expect some high cloud too. Warmest afternoon temperatures about inland areas. East to northeasterly winds freshen after midday across the plains.
Highs: 14-20