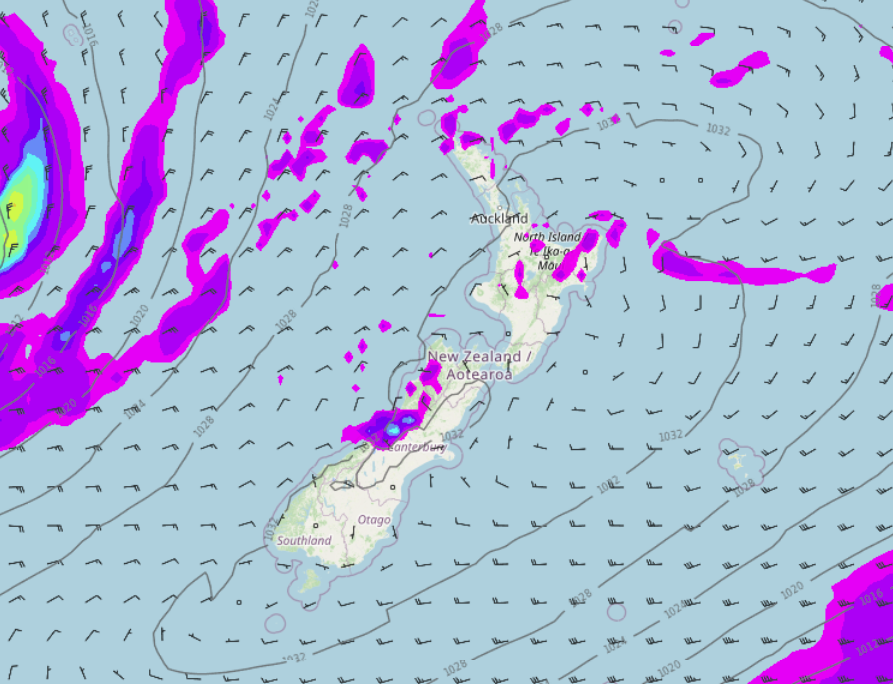 Conditions are mainly settled today thanks to a high pressure system lying over the country.

Most regions are fairly dry but there is the risk of a shower about some northeastern parts of the North Island and also about North Westland / Buller in the South Island.

Northland, Auckland, Waikato & Bay Of Plenty
Areas of cloud with the odd shower possible, more so in areas exposed to the east like western Bay Of Plenty through to eastern Northland. East to northeasterly winds.
Highs: 17-19

West Coast
A bit cloudy with a shower or two, down towards South Westland skies may be brighter and drier. Light winds.
Highs: 13-15

Southland & Otago
Morning low cloud or fog possible then breaking to some sun, a touch of high cloud during the day. Light winds.
Highs: 10-12