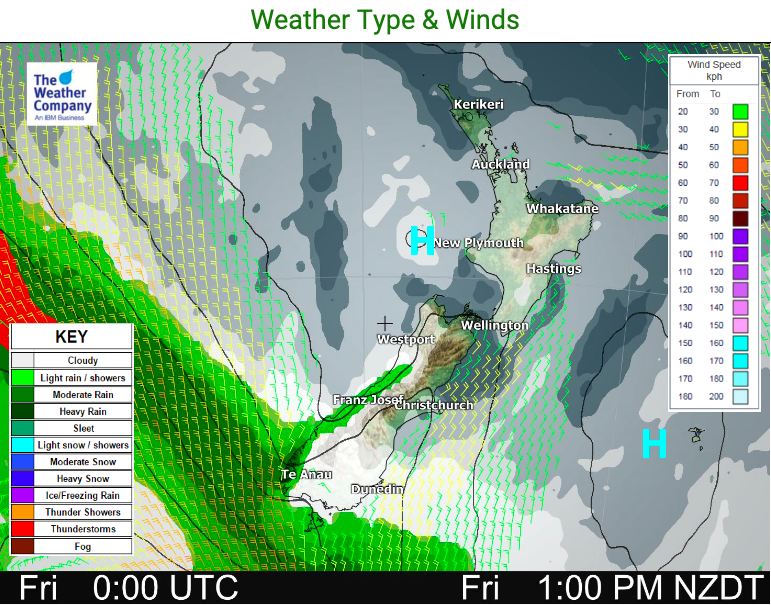 High pressure continues to cover NZ with the centre just off the Taranaki coastline.

A mild sub-tropical flow will move in to the South Island prompting some rain in Fiordland, some drizzle on the West Coast and spiking temperatures 8 degrees above normal once again through inland parts of most South Island regions.

To drill down deeper, please see your LOCAL HOURLY forecasts.

Northland, Auckland, Waikato & Bay Of Plenty
A mix of sun and cloudy with light winds, mainly from the north east. Sea breezes too.
Highs: 22-27

Canterbury
A hot day with a mix of sun and cloud with northerly quarter winds.
Highs: 21 – 32