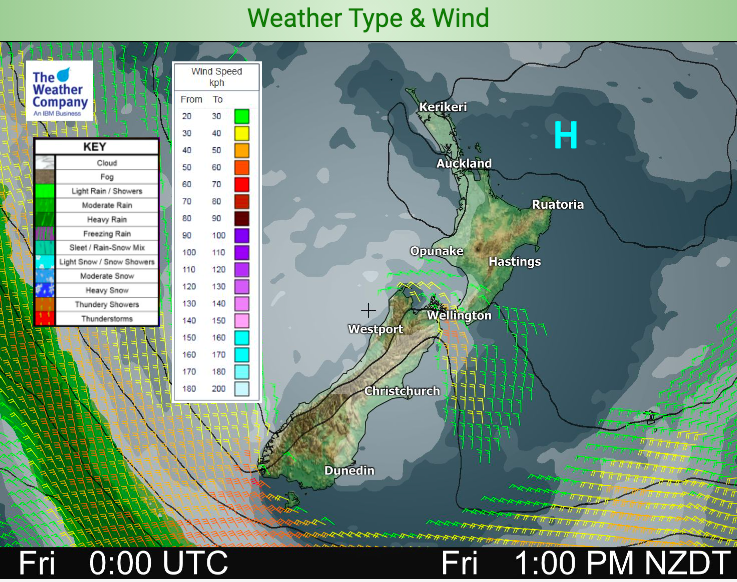 A large high is dominating New Zealand and brings a mild, dry, end to the week for most places.

Cloud will line up along the West Coast with perhaps a drizzle patch or two, or a light shower, in the mix. Otherwise a dry day.

On the eastern side of New Zealand (both the North and South Islands) the daytime highs will be in the mid to late 20s with some places inland making it to the 30 degree mark.

Nor’west winds will be brisk to strong through Wellington and Cook Strait and also through a few South Island mountain valleys. The ranges in the lower South Island may also get gusts to 100km/h.

Northland, Auckland, Waikato & Bay Of Plenty
Light variable winds under high pressure with a mix of sun and cloud.
Highs: 20 – 24

Canterbury
A cool start but a mostly sunny day on the way, with north to north west winds pushing temperatures up inland into the late 20s, maybe even 30.
Highs: 20 – 30