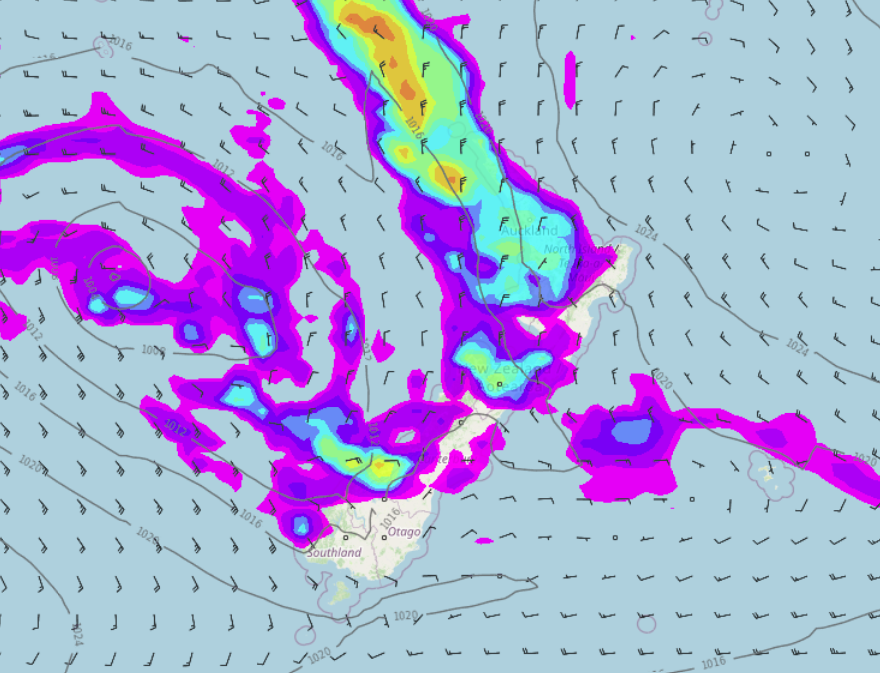 A front pushes in from the Tasman Sea into western parts of New Zealand today, rain for western regions, spits or drizzle for the eastern South Island. The eastern North Island has a mainly dry day.

Western North Island (including Central North Island)
High cloud, cloud thicker and lower for Taranaki and Kapiti bringing showers, turning to rain in these spots by evening and becoming heavy at which point rain spreads elsewhere. North to northeasterly winds, gusty about the coast.
Highs: 14-16

Canterbury
Rain easing to the odd spit or drizzle patch by midday, light southeasterlies tend to the east in the afternoon.
Highs: 10-13