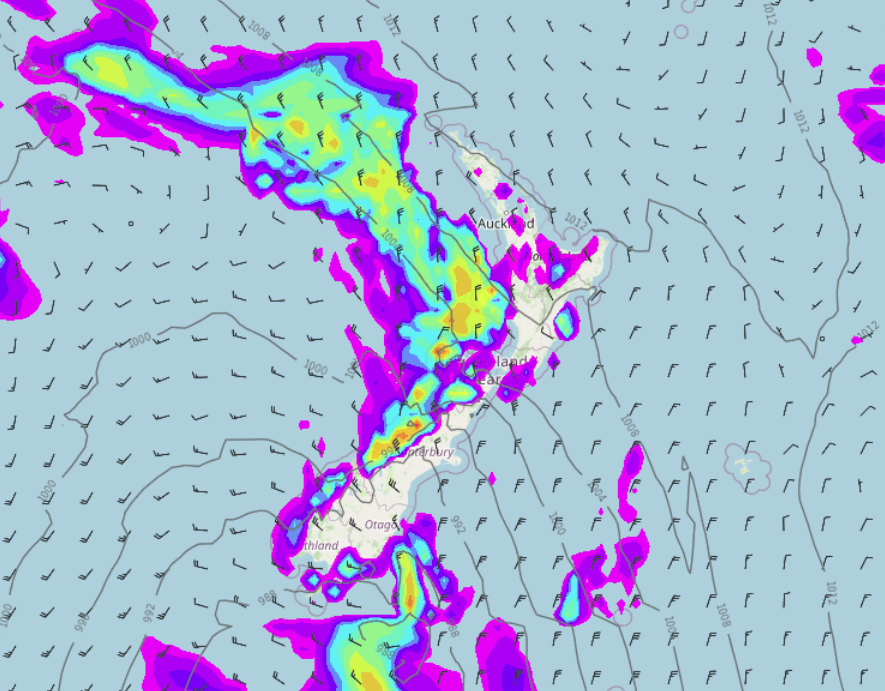 A front pushes northwards over the South Island today then onto the North Island later this evening or overnight.

Northland, Auckland, Waikato & Bay Of Plenty
Sunny areas and increasing cloud, the odd shower possible from this afternoon then rain later this evening or overnight. North to northwesterly winds.
Highs: 22-23

Canterbury
High cloud, starting to break away in the afternoon with northerly winds becoming gusty. Scattered rain closer to the Main Divide passing over from the west.
Highs: 23-26

West Coast
Rain with heavy falls, easing in the afternoon about South Westland then further north in the evening. Breezy northeasterlies.
Highs: 16-17