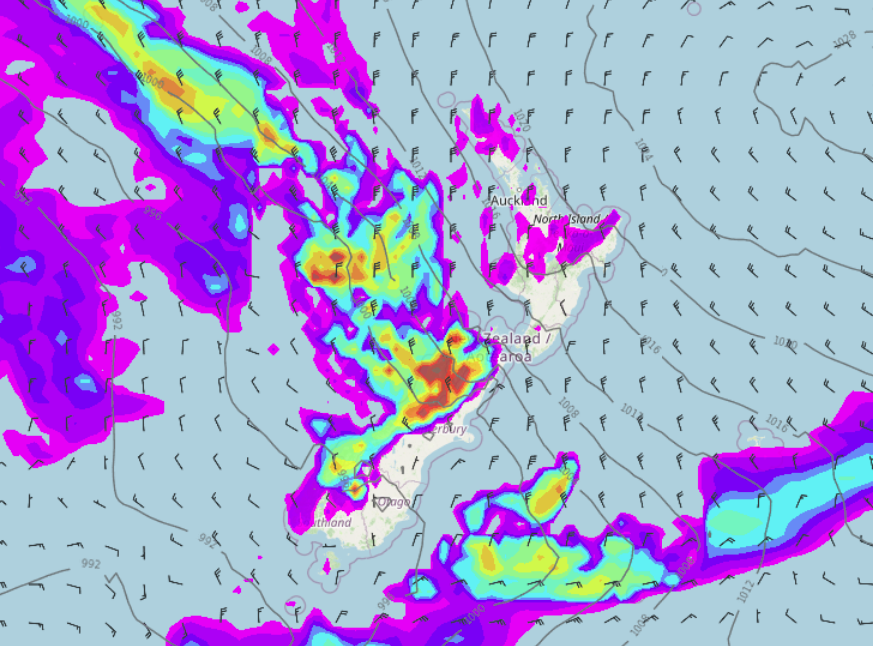 A frontal system moves over the South Island today bringing very heavy rain for the West Coast, northwesterlies for the North Island bring a warm day for the east coast.

Very heavy rain for the West Coast today, northerly winds about the upper South Island and through Cook Strait will be very strong also, gales likely about coastal areas, severe gales developing through Cook Strait. This evening and overnight winds pick up about the western North Island becoming strong with coastal gales once again.

Marlborough & Nelson
Rain for Nelson, spits spreading into Marlborough at times. In the evening rain becomes widespread and heavy especially overnight. Northerlies strengthen during the day rising to gale force at times from afternoon.
Highs: 13-16

Canterbury
Cloudy, mainly dry right on the coast but inland about the foothills and high country expect rain for much of the day, heavy in the high country, easing in the evening. The odd spit may reach the coast at times. Northerly quarter winds, gusty about North Canterbury.
Highs: 8-16