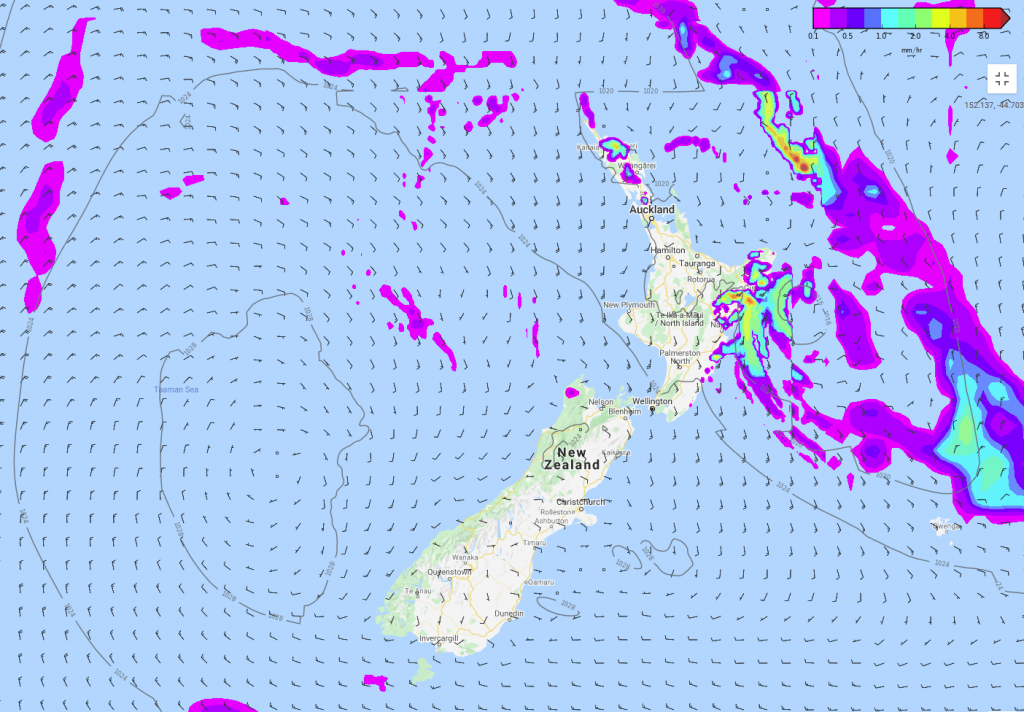 A ridge of high pressure lies over the South Island today meanwhile the North Island can expect a south to southeasterly airflow.

Most regions are dry but Hawkes Bay and Gisborne may see some rain or showers, also Bay Of Plenty through to Northland.

Temperatures in the high teens or early twenties for most, perhaps getting into the mid twenties for some upper North Island regions.

Winds are light to moderate for most although southwesterlies are a bit fresh for coastal parts of the eastern North Island.