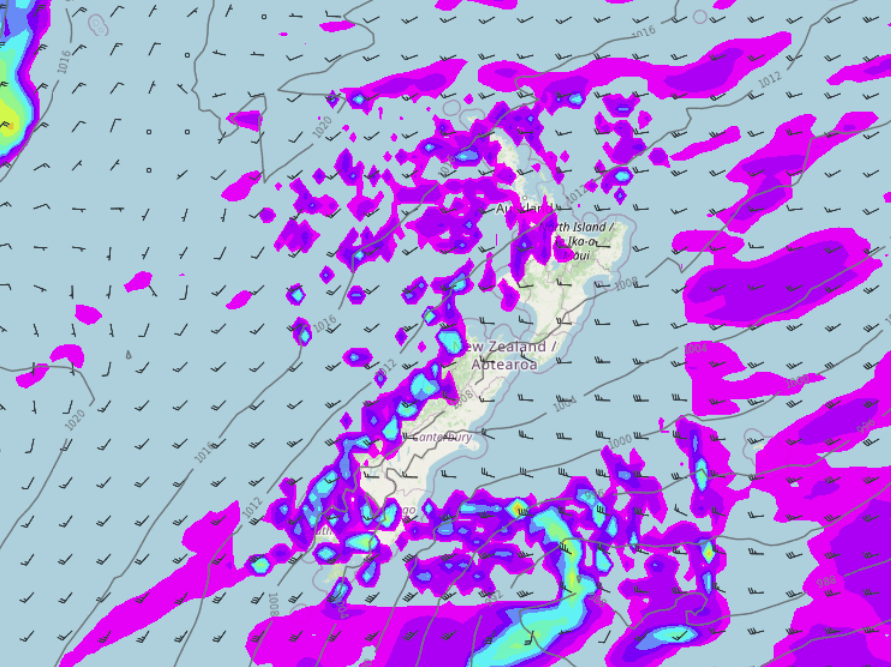 Showers for many in the west and south of the South Island, in the east is drier in general but a few showers do move through at various times, more details below.

Northland, Auckland, Waikato & Bay Of Plenty
Cloudy areas with the odd shower, Bay Of Plenty has a mix of sun and cloud. Southwesterly winds.
Highs: 13-15

Eastern North Island
A mix of sun and cloud, showers about Wairarapa clear this afternoon. West to southwesterly winds.
Highs: 10-14

Marlborough & Nelson
Sunny, showers for Marlborough clear this morning then sun breaks through there. Light winds, southwesterlies for Nelson.
Highs: 9-12

Canterbury
Any early cloud and showers clear then sunny, very frosty to start inland. Later in the evening southwesterlies freshen bringing some cloud and the risk of a coastal shower, mainly for Banks Peninsula and parts of North Canterbury.
Highs: 7-11

Southland & Otago
Showers for Southland and coastal Otago up to about Otago Peninsula with gusty westerlies tending southwest during the afternoon (strong about the coast), snow flurries to 300m later in the day especially in the southeast. Elsewhere has sunny spells then showers late afternoon or evening.
Highs: 6-7