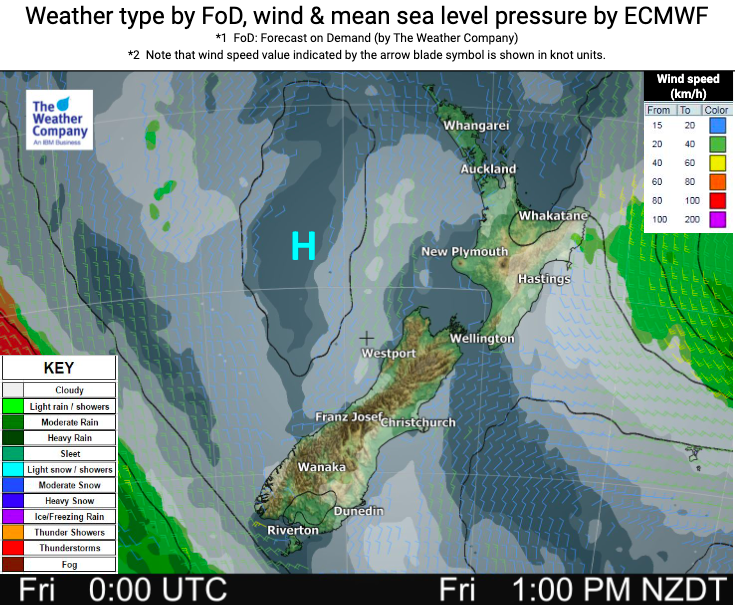 La Nina should be peaking about now and yet NZ is not too significantly impacted with more mostly dry weather forecast today – although wetter weather is coming, but not from the tropics.

In fact the weather change this weekend and across next week will feel more like the opposite of La Nina with an increase, yet again, in windy westerlies and Southern Ocean rain bands and showers spreading up into both islands.

For Friday high pressure remains over the country before a Southern Ocean low ramps up winds across Saturday and especially into Sunday. So winds today will be mostly light with just a few showers here and there with high pressure still lingering.

Friday will be warmer than average in most regions, except a portion of the eastern North Island with cooler south to south east breezes being generated by an offshore low.

This offshore low east of Gisborne will also be making for more dangerous beach conditions in eastern parts of the North Island, easing into Saturday. The weather on land may not be an indicator to rougher beaches, hidden rips and larger waves from the offshore low.

As always, please refer to your LOCAL and HOURLY forecasts at both WeatherWatch and RuralWeather.co.nz.