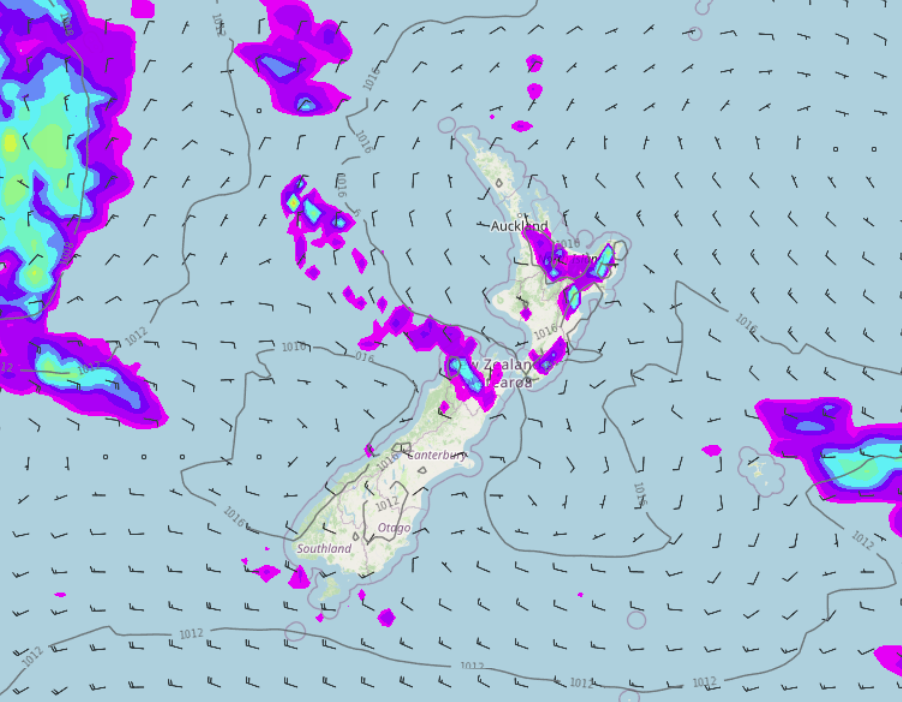 A few weak fronts lie across the South Island today bringing a few light showers, some North Island regions pick up a shower or two also.

Western North Island (including Central North Island)
Areas of cloud and a shower or two, especially for Kapiti. Northwesterlies tend to the west in the afternoon.
Highs: 20-25

Eastern North Island
Partly cloudy, southerlies develop around midday then tending to the east in the afternoon with cloud gradually thickening. Chance of a light shower or two late afternoon or evening.
Highs: 24-27

West Coast
Sunny areas and some cloud, later in the evening or overnight rain pushes in from the north down to about Greymouth. Light winds.
Highs: 19-24

Southland & Otago
A mix of sun and cloud, coastal Otago has a mostly cloudy day. Light winds tend onshore in the afternoon.
Highs: 17-24