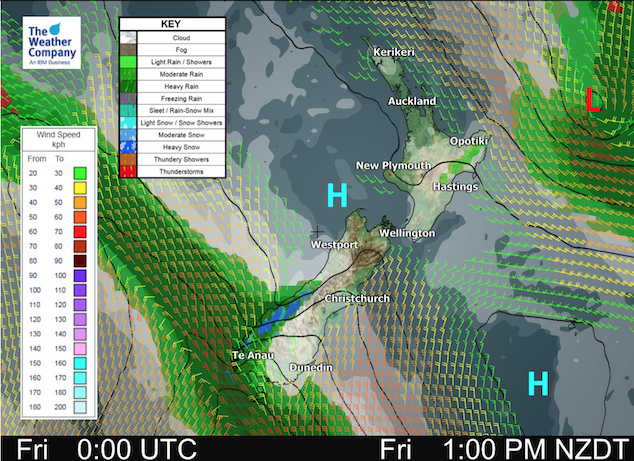 A northerly quarter airflow increases over the South Island today while southeasterlies die away further north. A front moves onto the lower South Island from late afternoon.

Eastern North Island
Any early showers clear Wairarapa then cloud breaks to sunny weather, further north showers ease and clear in the afternoon and sun breaks through. Clear skies by evening with southeasterlies dying away.
Highs: 13-15

Canterbury
Mostly sunny with some high cloud from afternoon. Breezy north to northeasterly winds near the coast, north to northwesterly winds inland push through to the coast in the evening. Overnight showers with a fresh southwest change.
Highs: 14-17