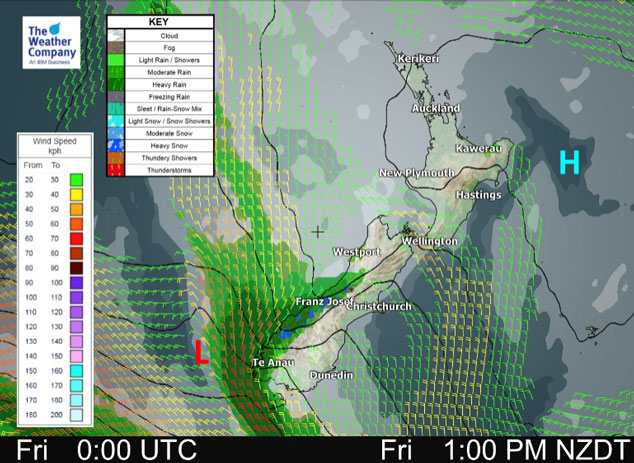 A north to northwesterly airflow lies over New Zealand today.

Northland, Auckland, Waikato & Bay Of Plenty
Morning sun then some afternoon cloud may bring a shower, mainly dry overall. Eastern Bay Of Plenty has a shower or two during the day. North to northeasterly winds.
Highs: 16-18

Marlborough & Nelson
Mostly sunny with some high cloud, north to northwesterly winds, breezy in the afternoon for Marlborough.
Highs: 16-19