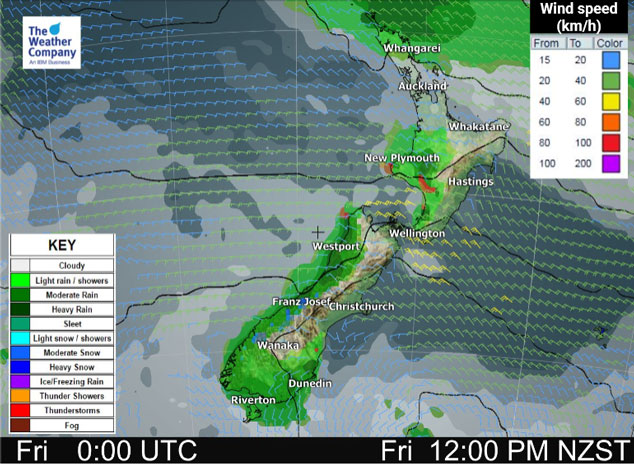 A northwesterly airflow lies over New Zealand today, rain or showers in the west for most. Mainly dry and warm in the east.

Northland, Auckland, Waikato & Bay Of Plenty
Sunny spells, showers move into northeastern Northland during the morning then a few may spread down to reach Auckland in the evening. Risk of a shower in the afternoon for Waikato and Bay Of Plenty. Northwesterly winds. Overnight fog possible for the Waikato.
Highs: 18-20

Western North Island (including Central North Island)
Partly cloudy with a few showers, clearing in the evening. Chance of a heavy fall with some thunder about Kapiti / Manawatu for a time. Breezy northwesterlies.
Highs: 15-17