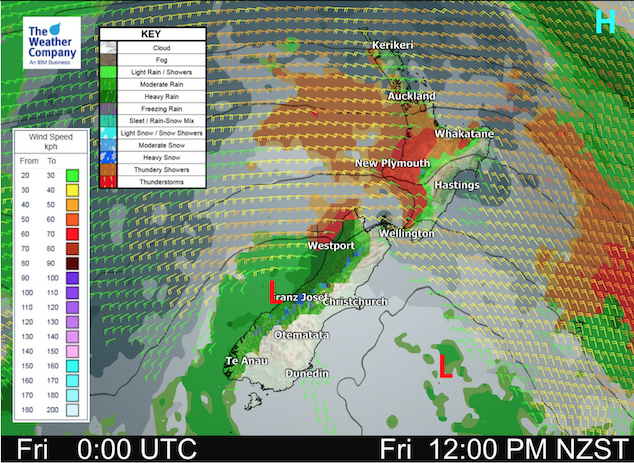 A west to northwesterly airflow lies over New Zealand today, conditions may be unstable about the western North Island.

Northland, Auckland, Waikato & Bay Of Plenty
Showers, some may be heavy with thunder then clearing later in the evening. The odd shower may remain out west overnight. Breezy northwesterly winds.
Highs: 16-18

Marlborough & Nelson
Sunny areas and some high cloud, the odd shower may spread into Nelson at times afternoon onwards from the west. Breezy northwesterly winds.
Highs: 14-17