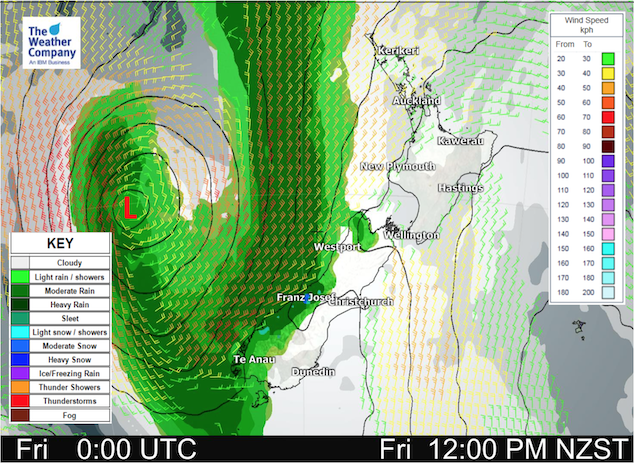 A subtropical northeasterly airflow lies over New Zealand today, flowing between a large high to our east and a low to the west.

Northland, Auckland, Waikato & Bay Of Plenty
Cloudy areas, there may be some sun break through at times in the morning. The odd light shower or spit about some exposed eastern areas like eastern Northland, Great Barrier Island and Coromandel / western Bay Of Plenty. The odd spit or shower becoming a little more widespread overnight. Northeasterly winds.
Highs: 15-17

Marlborough & Nelson
Plenty of high cloud for Marlborough with north to northwesterly winds. Nelson sees cloudy skies, there may be the odd spit or drizzle patch, winds from the north or northeast.
Highs: 13-15