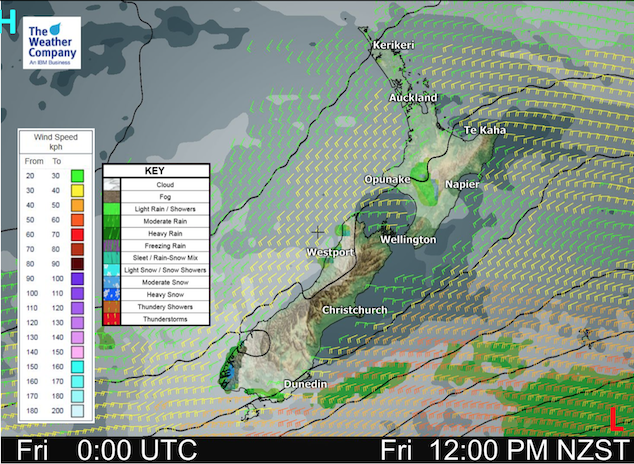 Northland, Auckland, Waikato & Bay Of Plenty
Cloudy areas and the odd shower at times, sun breaks through now and then. The Bay Of Plenty is mainly dry with longer sunny spells, perhaps the risk of a shower spreading from the west at times. Southwesterly winds, breezy at times in the west (especially Auckland in the afternoon).
Highs: 13-16

Eastern North Island
Mostly sunny, some cloud possible in the afternoon with a brief shower or two spreading over from the west (mainly about northern Wairarapa / southern Hawkes Bay). Westerly winds.
Highs: 13-14

Canterbury
Mostly sunny after a frosty start, a touch of high cloud. Light winds may tend onshore in the afternoon.
Highs: 8-11

Southland & Otago
Mostly cloudy for Southland, the odd spit or shower. Coastal Otago has a mix of sun and cloud, breezy westerly winds. Central Otago is mostly sunny with some high cloud after a frosty start, winds lighter west to northwest.
Highs: 7-9