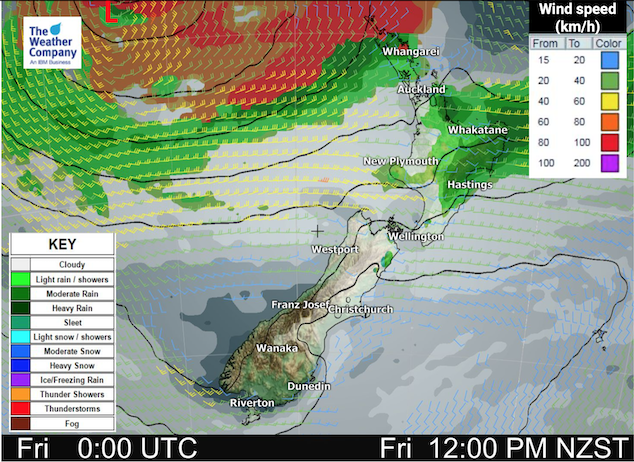 An easterly quarter airflow continues over New Zealand today, some rain or showers for the North Island, mainly dry for the South Island apart from some drizzle about Marlborough and later Canterbury.

Western North Island (including Central North Island)
Morning spots of rain clear then returning in the evening. Some sun may break through for a time in the afternoon. Southeasterly winds, gusty about southern coastal Taranaki.
Highs: 13-15

Eastern North Island
Cloudy with patchy rain or drizzle, rain may be heavy at times north of about Gisborne especially in the ranges. Easterly winds.
Highs: 12-14

Canterbury
Cloudy for most, some coastal drizzle possible mainly later in the day. ENE winds. Clearer skies about the Mackenzie Country with heavy frosts to start and cold day time highs.
Highs: 6-9