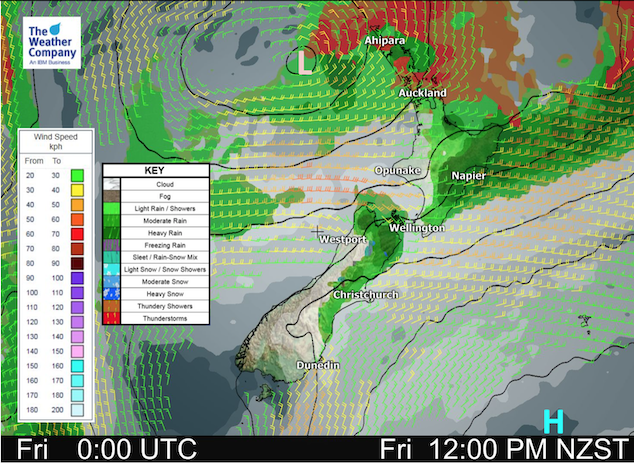 An easterly quarter airflow lies over New Zealand today, being pushed out of an anticyclone to the east and drawn into a low pressure system in the Tasman Sea.

West Coast
Some early sun possible then cloudy areas thicken up by midday, Fiordland has a mostly sunny day with some high cloud from afternoon. Southeasterly winds.
Highs: 13-16