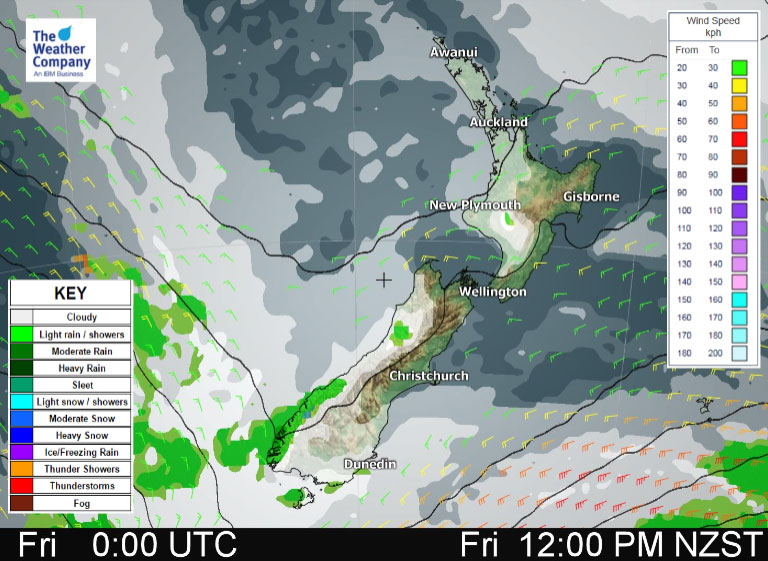 A southwesterly airflow lies over New Zealand today, moving around a large high in the Tasman Sea.

Marlborough & Nelson
Sunny. Light winds for most, they may tend northeast in the afternoon about coastal Marlborough. Southwesterlies for most of the day about Nelson but they could tend light northerly in the afternoon.
Highs: 18-21

Canterbury
Mostly sunny, a touch of high cloud possible. Light winds tend onshore in the afternoon near the coast and cloud thickens up by evening.
Highs: 16-18

West Coast
Mostly cloudy with occasional showers, dry spells increasing from afternoon and some sun may break through about North Westland. Some rain moves into Fiordland in the evening. Buller especially inland may have a mainly dry day. West to northwesterly winds.
Highs: 14-16