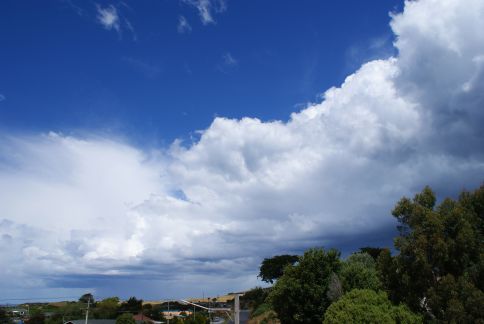 Flash floods swept cars off roads and killed four people late yesterday in Toowoomba, west of Brisbane — a region that is already reeling from one of the worst floods in its history.

All four people — two adults and two children — drowned, said Ben Tracy of the Queensland police.
Toowoomba is the biggest inland city in the state of Queensland, about 127 kilometres directly west of the capital Brisbane — and considerably south from some of the more publicized flood areas as Bundaberg and Rockhampton.

Authorities there are conducting several search-and-rescue operations, and police are unsure how many people may be missing.”A lot of places are in high alert and we still expect a good deal of rain so we are still out of the woods yet,” Tracy said.

Toowoomba District Disaster Coordinator Brett Schafferius asked residents not to brave the floodwaters.
“”Do not risk your life, the lives of those in your vehicle and the lives of rescuers,” he said. “Nothing is so important that you need to enter floodwaters.”

Since November 30, the seasonal flooding in Queensland caused rivers to spill over their banks and reach record levels.
At least 200,000 people have been affected and at least 11 deaths have been reported in total.