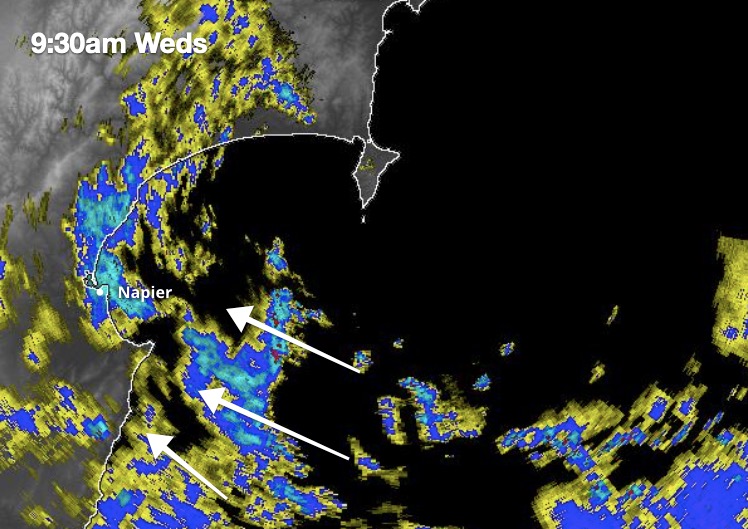 Napier has patchy rain this morning with a few isolated heavy falls possible – but the rainfall totals are well down from what fell on Monday.

Current estimates by www.RuralWeather.co.nz and WeatherWatch show a further 10 to 30mm likely today in and around Napier and Hastings. On top of the recent flooding even a small amount of rain may lead to ponding or surface flooding – and potentially a few more slips. But we have plenty of good news with the next few days ahead looking mostly cloud-free, dry and several degrees warmer, with highs back into the 20s (and mid to late 20s inland).

Meanwhile Auckland city and region has been saturated this week but the forecast shows the area will again be leaning drier than normal for the next week or longer. Auckland has been in a rainfall deficit for nearly two years now.

High pressure returns to Auckland by Friday and while the centre of the high moves away this weekend the uptick in high air pressure will likely linger and that limits rainfall. Next week has a few showers but below normal rainfall is expected.

Elsewhere today we do expect a few afternoon thunderstorms to bubble up – or downpours, mainly in the eastern North Island around the ranges.

By tonight the low moves away and Thursday is dry basically nationwide…as are both Friday and Saturday around most of NZ.