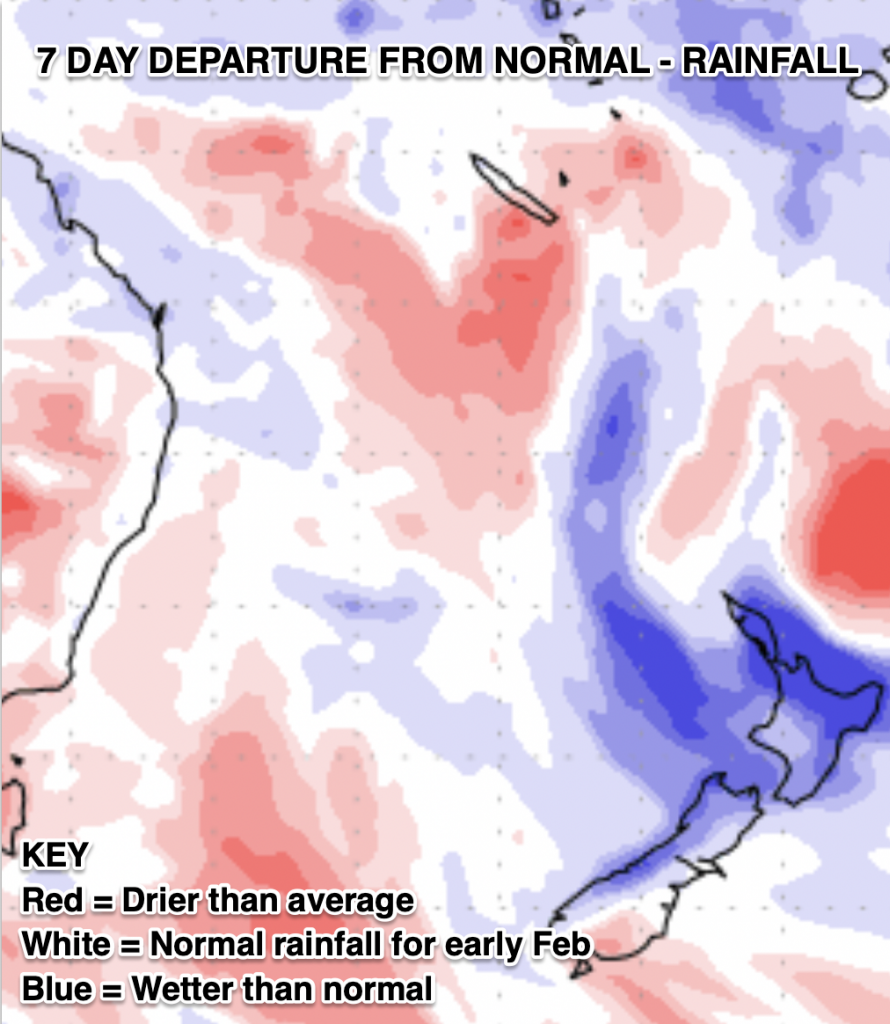 A tropical low dropping into the Tasman Sea today looks like it’s opening the gate to the tropics – and leaving it open.

While the mostly rain-maker drops south and towards the South Island (and brings with it the chance of slips and flooding), it’s the pattern left behind after this low that has forecasters focused on the North Island too.

The low (that formed over Vanuatu last week) will over the next day or two impact NZ and drag down a lot of tropical energy towards the South Island. Overnight lows in Auckland this week will be around the 20 degree mark but most of the wet weather will impacting the South Island, with slips and flooding possible on the West Coast, Nelson and Marlborough areas. MetService has already issued warnings and watches which you can see LIVE here.

The South Island deluge is a concerning one for campers and those anywhere near streams. Rainfall totals look to be between 100 and 300mm but some places might get closer to 400mm as the sub-tropical system slides into the South Island and rain bands are held up by the departing high.

But this coming weekend and next week, the gate to the tropics (or sub-tropics really) may be left open, allowing rainmakers to press back into northern NZ and remain stuck there. Data today suggests this – but as we’ve seen all summer it’s better to confirm things closer to the event, so we’ll have more details later this week on rainfall potential for the North Island this coming long weekend and across next week too.

The forecasts at www.RuralWeather.co.nz are already showing some healthy totals for northern NZ – and the weekly ‘Departure from Normal’ rainfall below also shows the North Island leaning wetter than average over the next week, even though much of this week looks dry for many in the north of NZ.

But for the next 48 hours all eyes should be focused on the South Island’s West Coast and northern regions (Nelson and Marlborough). Canterbury farmers should also be monitoring river levels with some spillover from the West Coast likely.

*Our next ClimateWatch update will be issued tomorrow, Wed Feb 2.