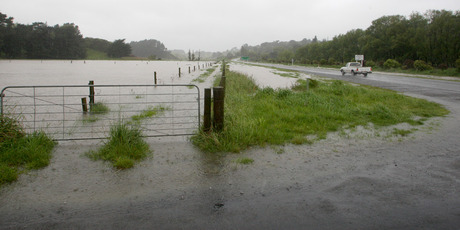 Farmers in the wet Whanganui region will be waiting anxiously as the waters start to recede, after heavy rain and high river levels caused widespread flooding.

The Whanganui river is still running high, after breaking its banks on Wednesday afternoon, while other rivers, such as the Whangaehu and Rangitikei are receding.

Many roads in the Whanganui and southern King Country remain closed, while there are several mud slips and fallen trees in the area.

Federated Farmers’ Adverse Events spokesperson Katie Milne says most farmers escaped serious or widespread damage from the initial event, thanks to an early warning system and good lines of communication.

Ms Milne says there will be an anxious few days in prospect as the waters recede, and farmers get a better picture of the clean up ahead of them.

“That’s when you will see how much there is to do, there will be plenty of damage assessment in the next few days as people see how their fences have been affected and so on.

“It’s always a bit of a hassle, but once again, it’s not catastrophic.”