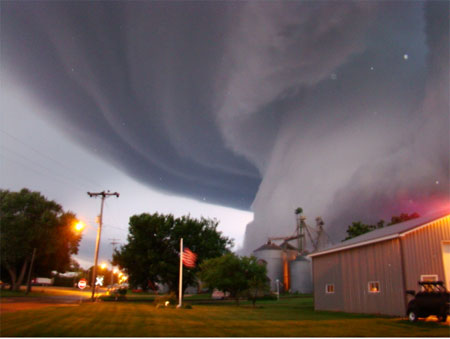 1810: One of the two strongest tornadoes on record in the UK affects the area between Old Portsmouth and Southsea Common. Wind speeds are estimated to have been in the 290-320 kph range.

1919: It snowed heavily around the UK and the earliest recorded substantial snowfall during the beginning of Autumn.
1938: The Great New England Hurricane moves across Long Island, New York and New Haven, Connecticut before moving into Massachusetts and Vermont. The storm causes forest damage, flooding and coastal damage as well as killing more than 600 people.

2000 A F3 tornado killed 3 people in Montpellier, southern France when the construction site hut they were sheltering in was hit by a falling crane.2