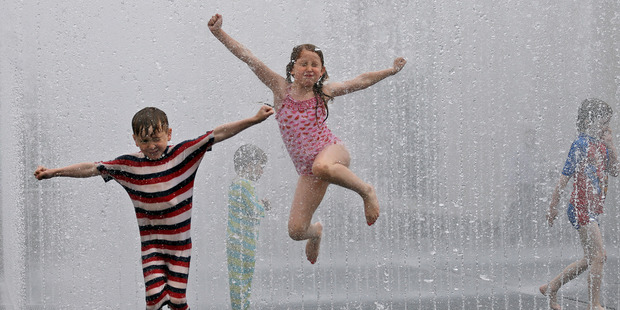 Roads melted and hundreds of trains cancelled or delayed over fears that tracks would buckle in the heat.
Ten spectators collapsed at the Henley Royal Regatta and one man died after leaping into a reservoir to cool down in Suffolk.
Public health warnings implored people to stay indoors.

But to the rest of the world, it was a fuss about nothing.
In Australia, people could not hide their amusement. “As Wimbledon gets into full swing at the All England Club, the Brits have been confronted with what seems to be a bit of, er, weather,” wrote Jessica Wright in the Sydney Morning Herald.
On Twitter, Bernadette Southwell tweeted: “You poor old poms, come on down to good ole Australia in summer then see what a heatwave really is”.
“It gets to be 21 Celsius and the Brits act like their world is ending,” said a user calling himself Denny Kovacs.

But to Britons more used to drizzle and grey cloud, the heatwave was enough to cause chaos.

The Met Office said temperatures hit the record high at Heathrow, breaking the previous record of 36.5C set on July 19, 2006 in Wisley, Surrey.

Bottled water was handed out to truck drivers stuck in the heat in huge tailbacks in Kent, caused by striking ferry workers in Calais.

A mass of hot air moving north from Africa has also sent temperatures spiking in Spain, Portugal and France.