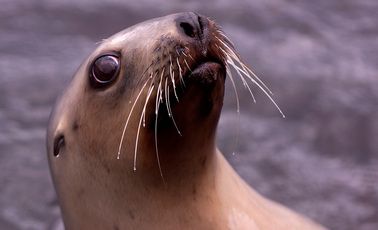 The Department of Conservation is appealing for help after a critically endangered sea lion was shot dead on Stewart Island.

The young female sea lion was shot with a .22 rifle and found dead at Port Adventure on June 11.

DOC staff sent the carcass to Massey University for necropsy where a vet team determined it had been fatally shot in the head by a .22 calibre rifle.

A DOC investigation has so far failed to identify the killer.

News of the shocking slaying comes just days after two New Zealand fur seals were shot and killed at a world-renowned colony near Kaikoura.

An adult female and a young pup were found dead with large gunshot wounds to their heads at Ohau Point, north of Kaikoura, on Saturday, in a “grotesque” act that has outraged DOC.

Now, DOC and police are appealing for witnesses or anyone with information on either slaying to come forward.

DOC’s biodiversity programme manager on Stewart Island Brent Beaven says there is nothing to suggest the two shootings are linked, apart from the fact “they both involve senseless killings”.

“We take all deliberate attacks on marine mammals seriously and, wherever possible, prosecute anyone found responsible,” he said.

The sea lion, which is a critically endangered species only found in New Zealand, would have suffered for some time before it died.

“There are only around 10,000 of them left and their numbers are declining,” Mr Beaven said.

“As the weekend seal shootings in Kaikoura have highlighted, we need the public to help us safeguard vulnerable marine mammal species.”

Their remaining breeding stronghold is now limited to the New Zealand subantarctic islands, with the only mainland locations where they are known to breed in small numbers being Stewart Island, the Catlins and Otago.

“An additional frustration for us is that we were following the female’s movements around Rakiura using satellite tracking equipment only two months before it was shot,” Mr Beaven said.

“We have now lost any further information it could have provided to help us understand where the animals feed and travel in order that we can better protect the species. This was a sad and needless death.”

Seals are protected under the Marine Mammals Protection Act 1978 and anyone caught killing or harming them can face six months in jail or a $250,000 fine.

In 2010, 23 seals were bashed to death with a metal bar at the same location.

However, this was reduced to eight months’ home detention on appeal.

Also in July 2010, Hayden John Ingram, of Kaikoura, was fined $500 and sentenced to 200 hours’ community work for shooting a seal with a paintball gun, bashing it with a metal bar and running over a seal pup, killing both.

In 2008, Harley McKenzie was jailed for four months for his role in an attack on a leopard seal in which fist-sized stones were thrown at the seal and it was dragged around a beach by its tail.

In 2005, All Black Andrew Hore and friends Hamish Wilson and Matthew O’Connell were each fined $2500 after they shot at seals, killing one, on the Otago coast.

The consequences for killing marine life are obviously not harsh enough, they need to be stricter!

1. Eight months home detention: “23 seals were bashed to death with a metal bar”

2. Fined $500 and sentenced to 200 hours community work: “shooting a seal with a paintball gun, bashing it with a metal bar and running over a seal pup, killing both.”

These cases shocked me the most. Imagine the sentences if those seals were treated the same as humans. 23 humans bashed to death with a metal bar? 8 months home detention. Shooting someone with a paintball gun, bashing them with a metal bar and running over a baby? $500 fine and 200 hours community work. Ridiculous.