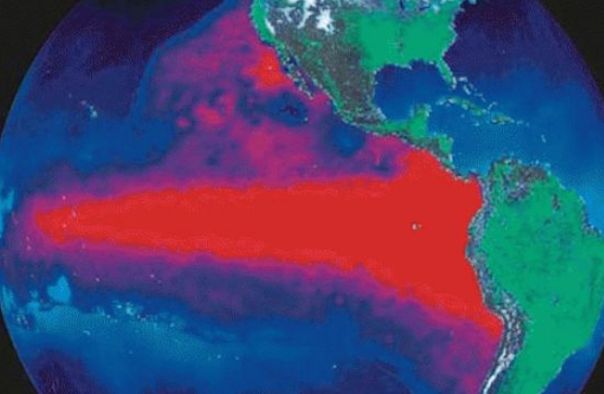 An El Nino event is likely to develop this month and next in the Pacific, affecting global climate patterns, according to the World Meteorological Organization.

The phenomenon, characterized by unusually warm ocean temperatures in the tropical Pacific, has been linked previously to drier-than-normal conditions in here in New Zealand as well as Australia, Indonesia, the Philippines, northeastern Brazil, southeastern Africa and parts of Asia.

According to a WMO statement, a weak El Nino may within the next month and last until mid-December winter.

A WMO spokesperson told a news briefing earlier this week that the majority of these climate forecast models say that there is a moderately high likelihood of an El Nino.

WMO’s Clare Nullis added that, neutral conditions may still persist as well.  Although at this point, that doesn’t seem likely.

Meanwhile, NIWA says the Pacific Ocean is close to El Niño thresholds, but the atmosphere has yet to show patterns typical of El Niño.

The seasonal forecast models indicate that the conditions are likely to remain close to these thresholds, or transition towards a weak and short-lived El Niño event over the next three months.

For New Zealand, it is not expected to result in the enhanced southwesterly and westerly airflow that is usually associated with El Niño events. Over the coming season (October-December), higher than normal pressures are expected south of Australia and New Zealand, and lower pressures are forecast to the north of the North Island, resulting in a weaker than normal westerly flow over the country.

Air temperatures are likely to be near average or above average in all regions. However as is typically the case in Spring, cold snaps may still occur from time to time. Sea surface temperatures are expected to be warmer than normal around the South Island, and cooler than normal to the east and north of the North Island.