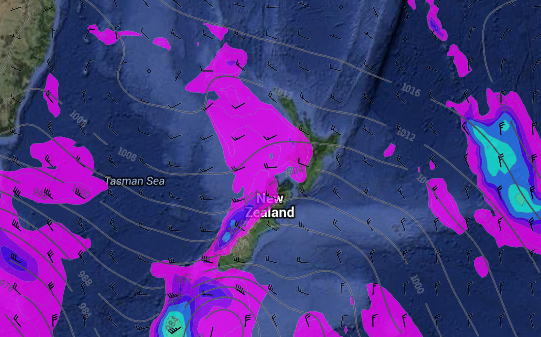 There’s a lot of demand from the public – and media – about the likely forecast for Easter this year in New Zealand.  WeatherWatch.co.nz has been looking in to it – and the forecast may be fairy unhelpful this far out for planning.

“It looks Autumnal” says head weather analyst Philip Duncan. “By that we mean we have fronts, highs and lows all around New Zealand – so it’s changeable and all about timing as to whether or not we have dry weather, or windy changeable weather – or a mixture of both – over the long weekend”.

While it might sound like a politicians answer it basically confirms the chaotic Autumn pattern which is now slowly developing as we head towards the equinox (March 20th this year) and true Autumn conditions as we head into April.

Various long range models are picking an increase in lows, cold fronts and windy westerlies (traditional Autumn weather) in the days leading up to Good Friday.

This is a change to the current pattern which is sluggish – and different to the weather over the next 7 days which looks more sub-tropical or mild.

Windy, changeable, weather – especially in a westerly flow – can often make for some lovely sunny hot weather for holidaymakers too so it’s definitely not all doom and gloom.

With such a chaotic weather pattern forming towards the end of March there’s little point in updating this forecast this week – but we’ll take another more detailed look at things this weekend and early next week as lock in more detailed forecasts across our regions.

– Image / The (very) long range map for Good Friday shows a windy westerly flow and a higher risk for showers in the west.  This might change a bit in the coming days so we’ll keep you posted. /WEATHERMAP

In a word Phil it looks windy & definitely looks like a change is happening.

I will miss Summer