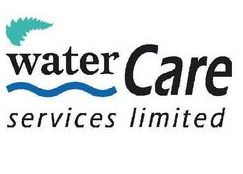 An “earthy taste” in west Auckland’s public water supply over the last 24 hours is not harmful to human health, says Watercare Services.

Residents are complaining about musty-tasting tap water and some have been given bottled water by the company.

It blamed the cause on hot weather stimulating algal bloom in the Huia storage dam in the Waitakere Ranges.

The water was treated but the change in taste was not picked up by the treatment plant’s sensory evaluation panel.

Usually, it was detected and the water put through a carbon treatment process.

“It removes the taste but it’s expensive,” said a company spokesman. “We don’t do it unless a taste issue arises.”

The spokesman said the taste should have improved by mid morning.

However, some customers may experience for a further 24 hours.

Algal bloom in the storage lakes to the west of the city is not without precedent.

In 2000, Waitakere lakes had four months off mains supply because of bloom affecting taste.