Drought Watch: Some Friday and Saturday rain across both islands (x2 Rain Maps) 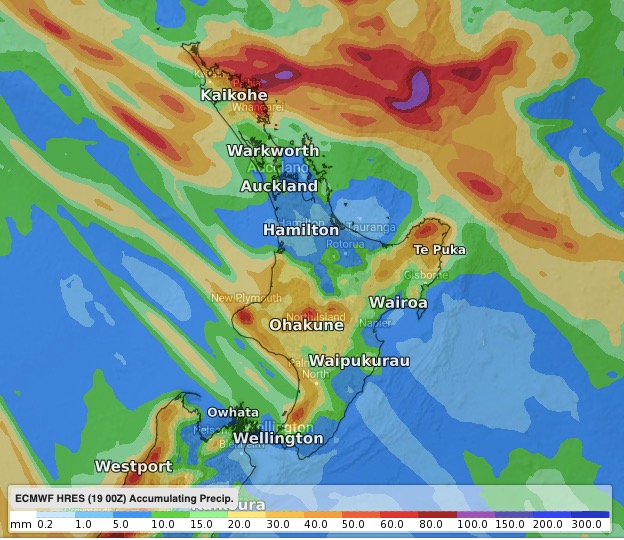 Updated FRIDAY AM with fresh maps — WeatherWatch.co.nz is being asked daily by people across the country “Where is the rain?”.

WHY SO DRY?
It’s been dry over NZ due to high pressure for months blocking decent rain makes from reaching the northern half of Canterbury and much of the North Island. The Aussie heatwave last month – which saw inland Gisborne hit 40 degrees – made matters even worse. Now we’re in the peak of summer heat and dry, but there are signs of cracks in the high pressure systems and not just the ground!

WHAT CHANGES NEXT 7 DAYS?
Two things. 1) High pressure to NZ’s east is encouraging a sub-tropical air flow over some parts of the country until Saturday night. This will enhance the chances of heavy overnight dew, overnight & morning cloud and afternoon downpours, even if only isolated. 2) An area of low pressure will form in the Tasman Sea before the next high from Aussie rolls in and sends a weak front into the country this weekend, which will then fall apart over the North Island.

3 WET WEATHER CHANCES THIS WEEK:
Wet weather comes in three forms this week. 1) Isolated drizzle in the morning here and there. Mainly coastal and won’t accumulate to more than a trace. 2) Afternoon showers, mainly inland and these could deliver a decent downpour through the central North Island then drift in various directions due to afternoon breezes. 3) A weak weekend cold front moves into the North Island – then disintegrates overnight Saturday/Sunday AM.

HIT AND MISS:
Like Swiss cheese this week there will be ‘holes’ in the dry forecast map for New Zealand thanks to isolated downpours and then this weekend some very patchy rain (drizzly for some, isolated heavier normal rain for others). Both the weekday downpours and the weekend patchy rain/showers will be very “hit and miss” – in other words, it won’t bring widespread relief, nor will it reverse the drought.  For those lucky enough to get a downpour it should be very welcome and repetitive showers over weeks can ease droughts.

LONG RANGE INTO MARCH:
By early next week the next high rolls in basically for the rest of February. WeatherWatch.co.nz says March will see an active tropics north of NZ. By “active” we mean plenty of showers, downpours, thunderstorms and lows. There are some indicators March will kick off humid with showers and possibly another Tasman Sea rainmaker in the New Zealand area. March is hopefully going to be a better month for the drought regions – we’ll have more details about March rainfall chances later next week.

POSITIVE OUTLOOK:
It’s hard to stay positive when you rely on rain for your livelihood and you’re in a drought – which is why this forecast should be seen as a more positive one. So far 2020 has not shown signs of change for these dry regions but this latest forecast does giving a silver lining to what has been a repetitively dry forecast for many regions. While no drought reversal is yet forecast, many droughts in NZ can end by “death by paper cuts” – or put another way, showery “hit and miss” weather slowly returning after months of widespread dry and high pressure. 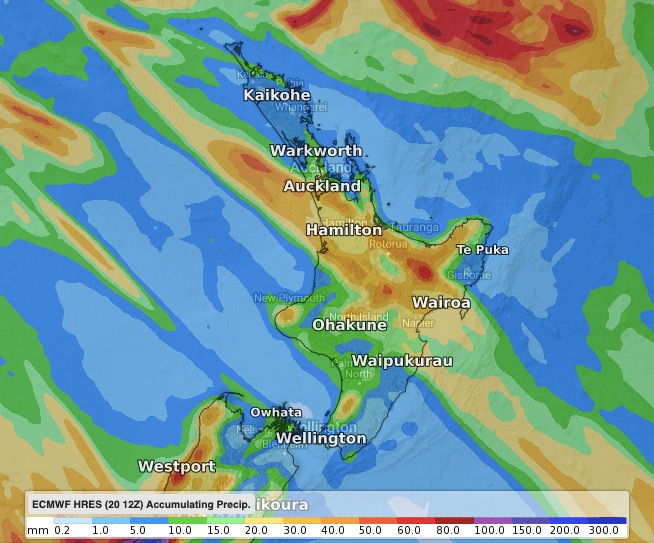 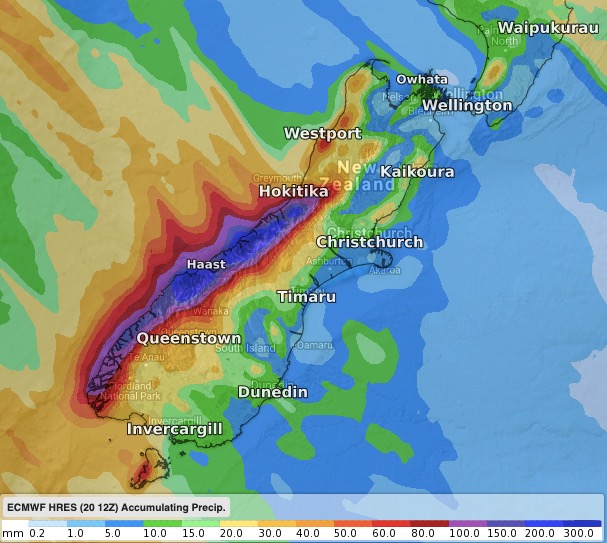