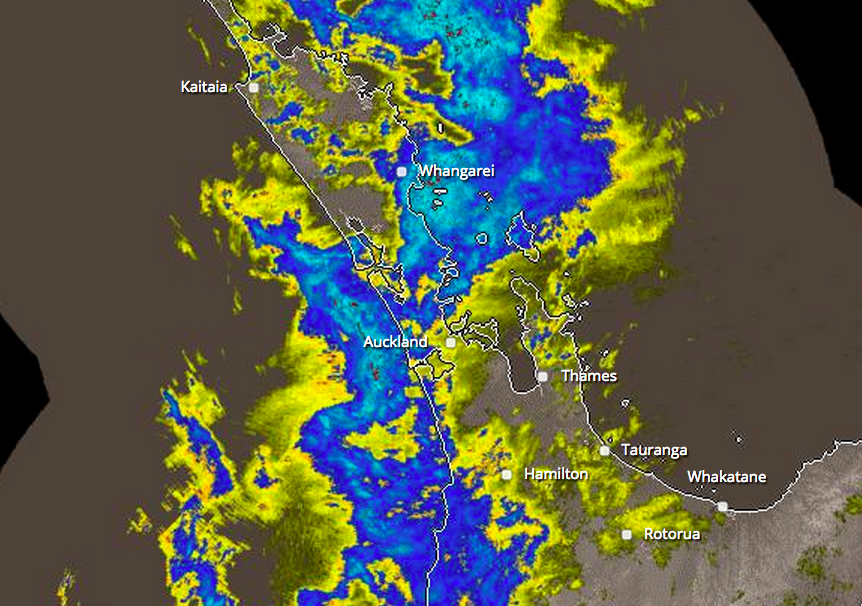 Auckland fire fighters are attending “dozens” of call outs to homes flooded in South and West Auckland after a rain storm hit the city this evening.

There are reports of cars floating in Chichester Drive, Rosehill.

Flooding has also been reported at homes in Papatoetoe, Weymouth, Clendon Park and Totara Heights.

Firefighters are trying to pump water out of the garage at Vendor Faafuata’s Esperanto Ave in Papatoetoe.

“The kids were downstairs and unfortunately they came upstairs and said the water was coming in. There’s nothing much we can do but wait the rain out and hope the water goes down.”

He said it wasn’t the first time drain water had flooded his garage during a heavy downpour.

The Fire Service were at 60 homes across Auckland.

A Fire Service spokesperson has told media via Twitter that flooding has eased in West Auckland but 111 calls were still coming in from South Auckland residents.

Power has now been restored to all but 93 homes in St Heliers.

There are still 30 households without electricity in Takanini and another 30 in Glen Eden.
Vector estimates all power will be restored by 10pm.

If you want to check power outages in your area, you can here.

Approximately five cubic metres of driveway top material has been washed out of driveways over a length of 2km of Ponga Rd, Opaheke

“It was as if there was a stream running through the centre of our office.”

Kat Jackson posted a photograph of Finlayson Ave in Manurewa and said it was “completely flooded just south of the (Manurewa) marae”.

– Image / Rain radar image this afternoon just before it set in across the west, courtesy MetService/NZ Govt